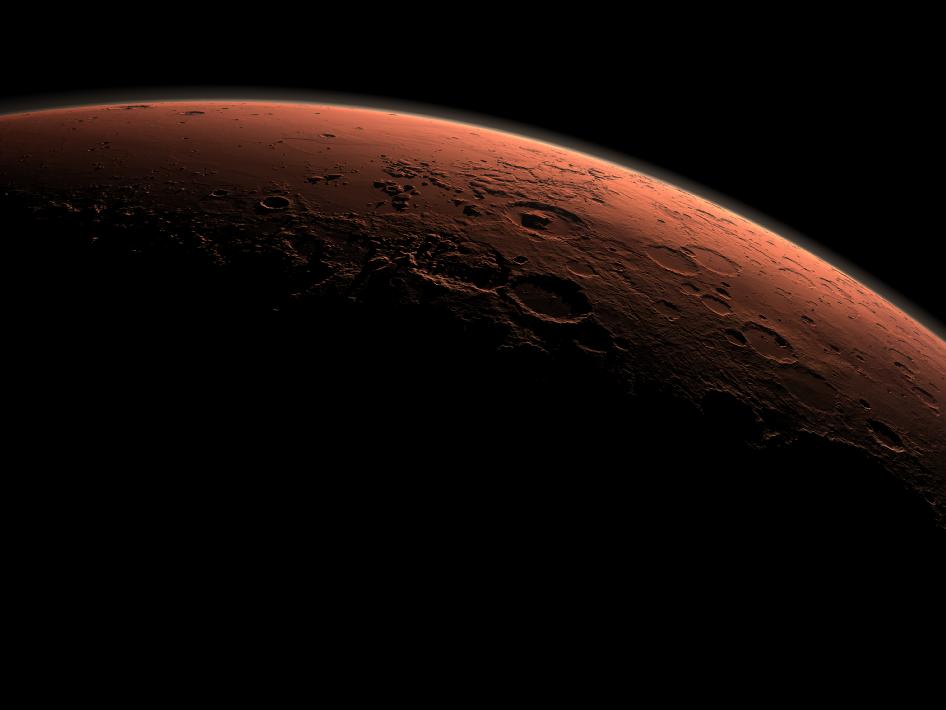 This computer-generated view depicts part of Mars at the boundary between darkness and daylight, with an area including Gale Crater beginning to catch morning light.

Gale Crater looms in the distance, distinguished from adjacent craters by its central mountain of strata. Gale Crater straddles the dichotomy boundary of Mars, which separates the broad, flat, and young northern plains from the much older and rougher southern highlands. There is evidence that water may have flowed across this topographic boundary, from highland to lowland, perhaps pooling locally within Gale Crater and forming the lowermost strata that fill the crater.

Northward is to the left. Gale is the crater with a mound inside it near the center of the image. NASA has selected Gale as the landing site for the Mars Science Laboratory mission. The mission's rover will be placed on the ground in a northern portion of Gale Crater in August 2012.

Gale Crater is 96 miles (154 kilometers) in diameter and holds a layered mountain rising about 3 miles (5 kilometers) above the crater floor. The intended landing site is at 4.5 degrees south latitude, 137.4 degrees east longitude.

This view was created using three-dimensional information from the Mars Orbiter Laser Altimeter, which flew on NASA's Mars Global Surveyor orbiter. The vertical dimension is not exaggerated. Color information is based on general Mars color characteristics.