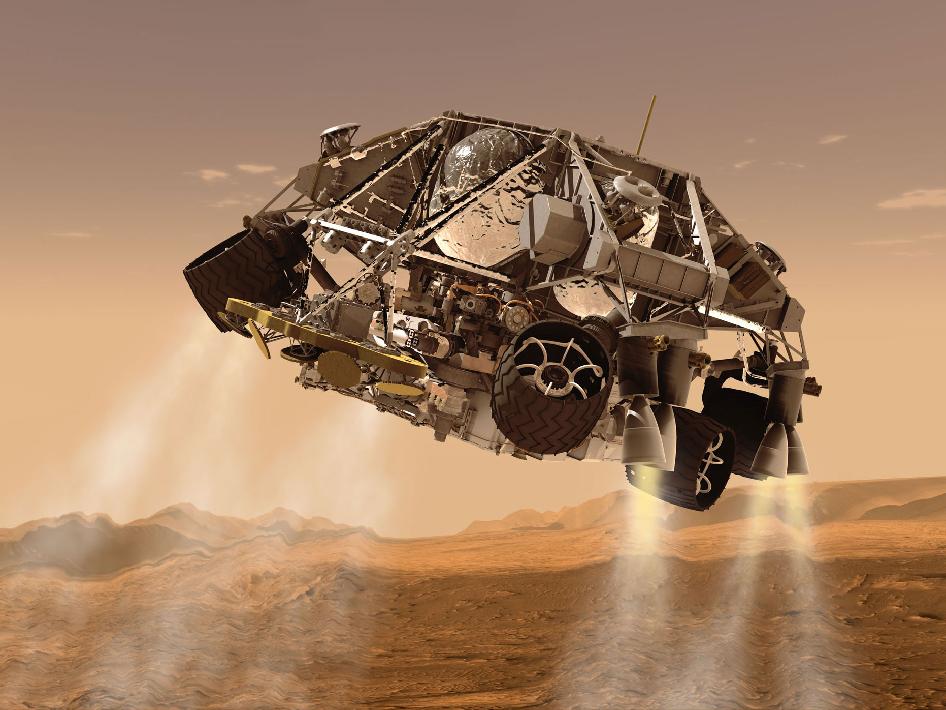 This is an artist's concept of the rover and descent stage for NASA's Mars Science Laboratory spacecraft during the final minute before the rover, Curiosity, touches down on the surface of Mars.

The descent stage will provide rocket-powered deceleration for a phase of the arrival at Mars after the phases using the heat shield and parachute. The descent stage also carries the radar system providing a stream of information about the spacecraft's altitude and velocity. As it nears the surface, shortly after the moment depicted here, the descent stage will lower the rover on a bridle and deliver it to the ground.

The Mars Science Laboratory spacecraft is being prepared for launch during Nov. 25 to Dec. 18, 2011. Landing on Mas is in early August 2012. In a prime mission lasting one Martian year (nearly two Earth years) researchers will use the rover's tools to study whether the landing region has had environmental conditions favorable for supporting microbial life and for preserving clues about whether life existed.