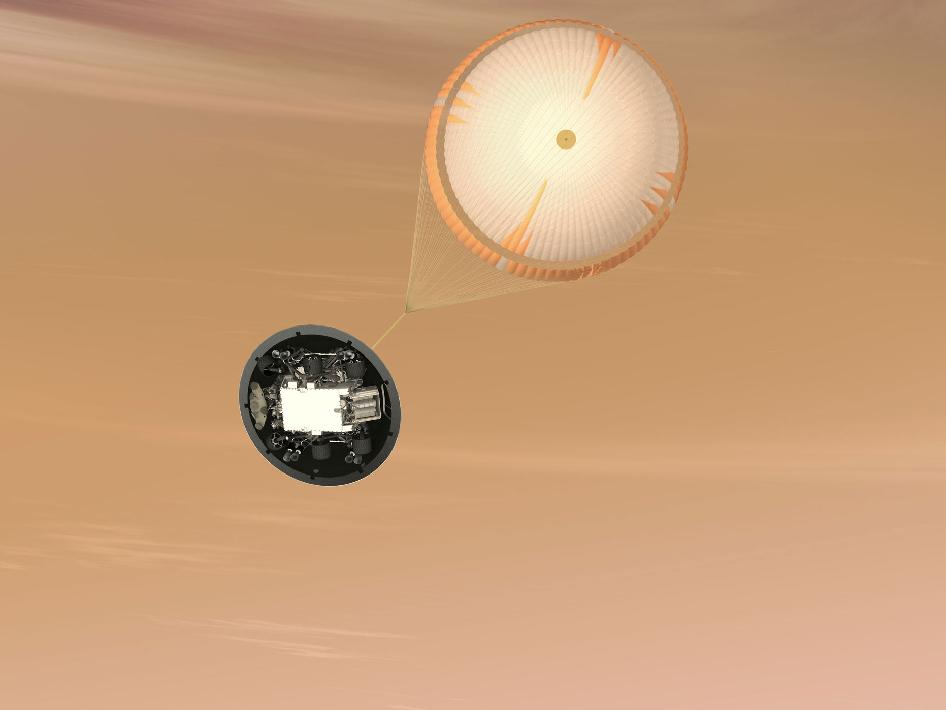 This is an artist's concept of the Mars Science Laboratory Curiosity rover parachute system.

NASA's Mars Science Laboratory mission will use the largest parachute ever built to fly on a planetary mission. The parachute uses a configuration called disk-gap-band. It has 80 suspension lines, measures more than 165 feet (50 meters) in length, and opens to a diameter of nearly 51 feet (16 meters). The parachute is designed to survive deployment at Mach 2.2 in the Martian atmosphere, where it will generate up to 65,000 pounds of drag force.