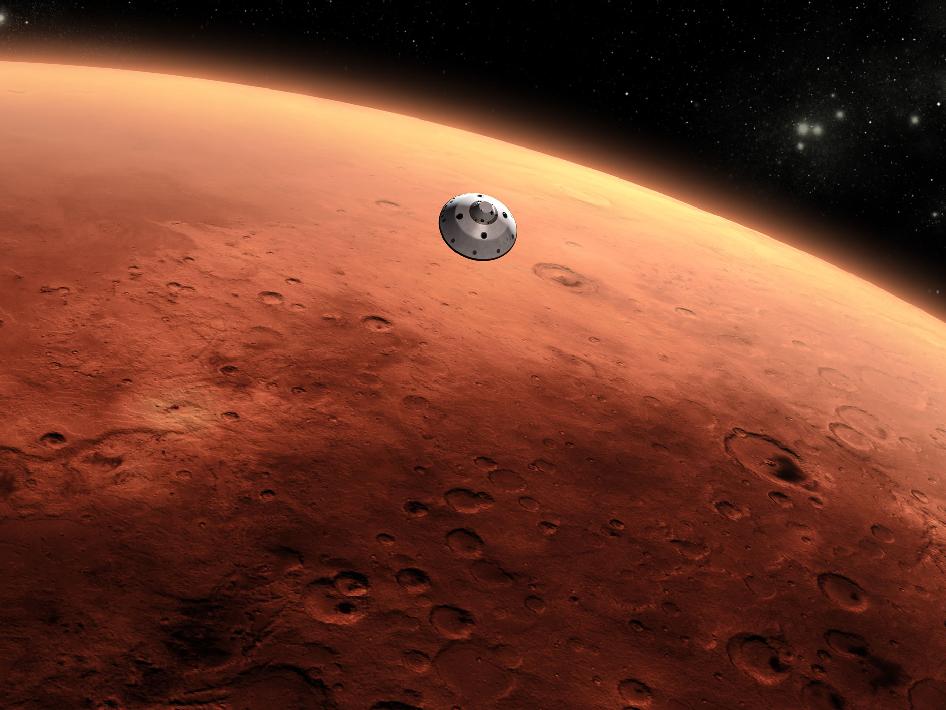 This is an artist's concept of NASA's Mars Science Laboratory spacecraft approaching Mars.