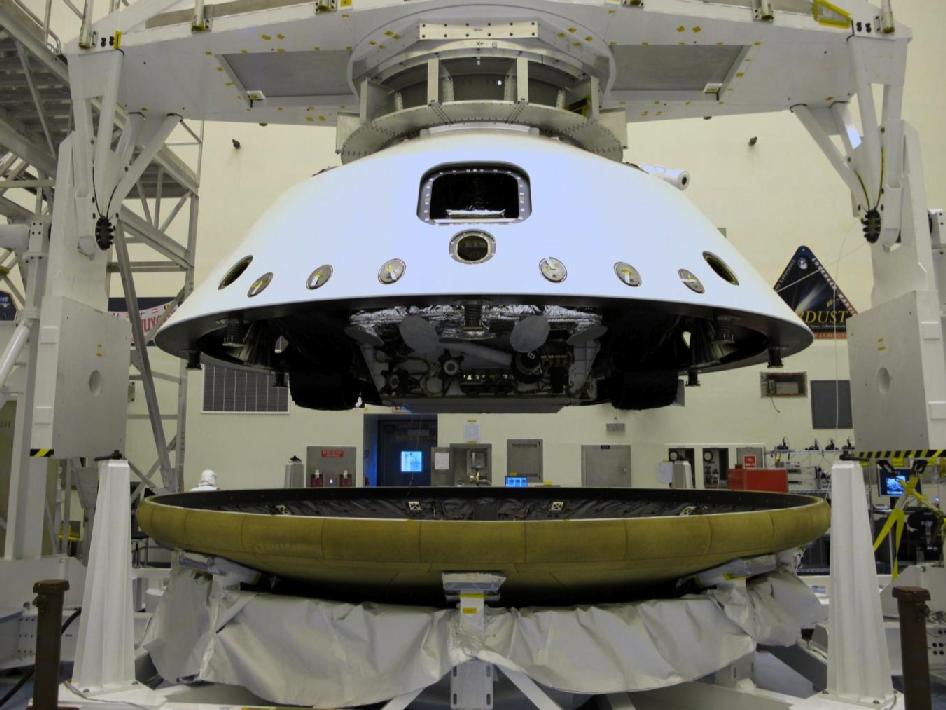 The heat shield and the spacecraft's back shell together form an encapsulating aeroshell that will protect the rover from the intense heat that will be generated as the flight system descends through the Martian atmosphere.