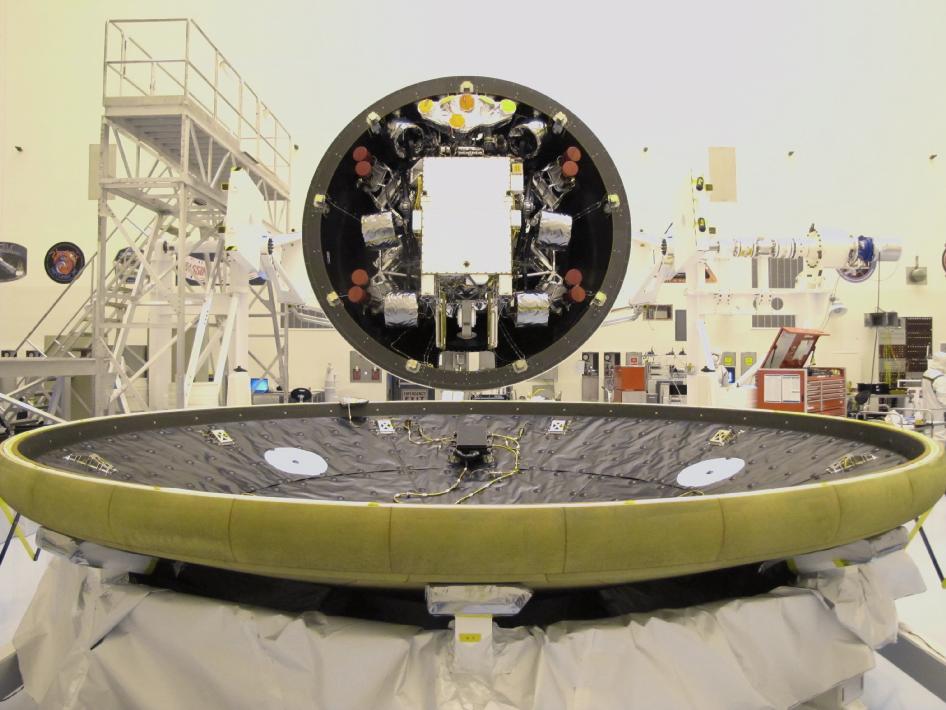 Final Closeout Actions for Curiosity's Heat Shield and Back Shell

At the Payload Hazardous Servicing Facility at NASA's Kennedy Space Center in Florida, the "back shell powered descent vehicle" configuration, containing NASA's Mars Science Laboratory rover, Curiosity, is being rotated for final closeout actions. The flat, circular object in the foreground of the image is the spacecraft's heat shield.

The heat shield and the back shell will together form an encapsulating aeroshell that will protect the rover from the intense heat and friction that will be generated as the flight system descends through the Martian atmosphere.