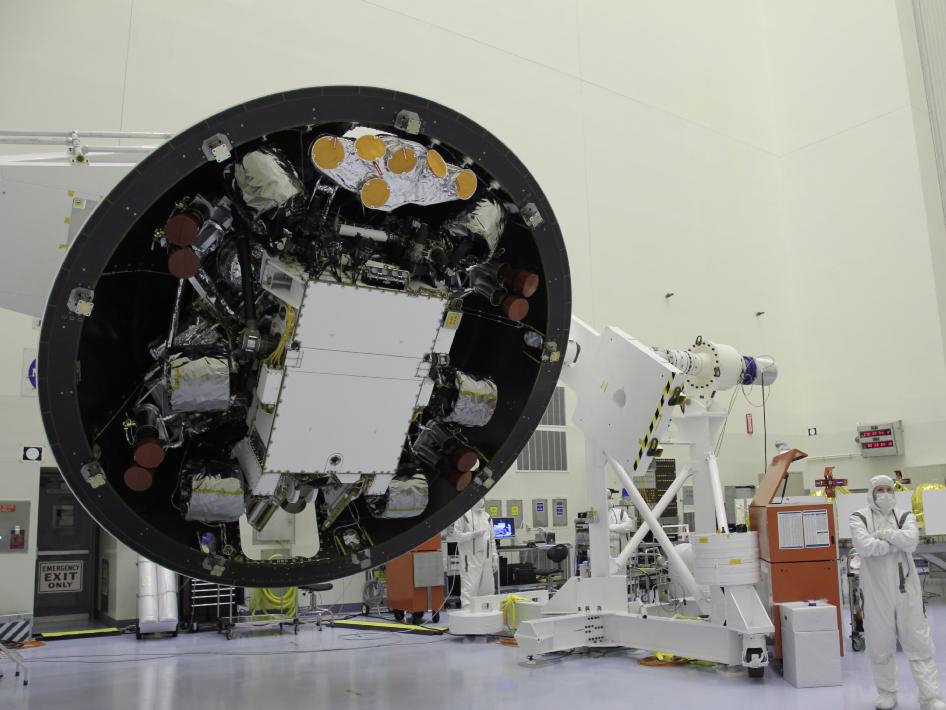 At the Payload Hazardous Servicing Facility at NASA's Kennedy Space Center in Florida, the "back shell powered descent vehicle" configuration of NASA's Mars Science Laboratory is being rotated for final closeout actions.

At this time, the mission's rover, known as Curiosity, and its rocket-powered descent stage have already been integrated, and are now encapsulated inside the spacecraft's back shell. The configuration of rover integrated with the descent stage is the "powered descent vehicle." The back shell, a protective cover, carries the parachute and several other components used during descent.

The yellow disks visible at the top of the configuration are the descent stage's radar antennas that will be used to calculate the rover's descent speed and altitude.