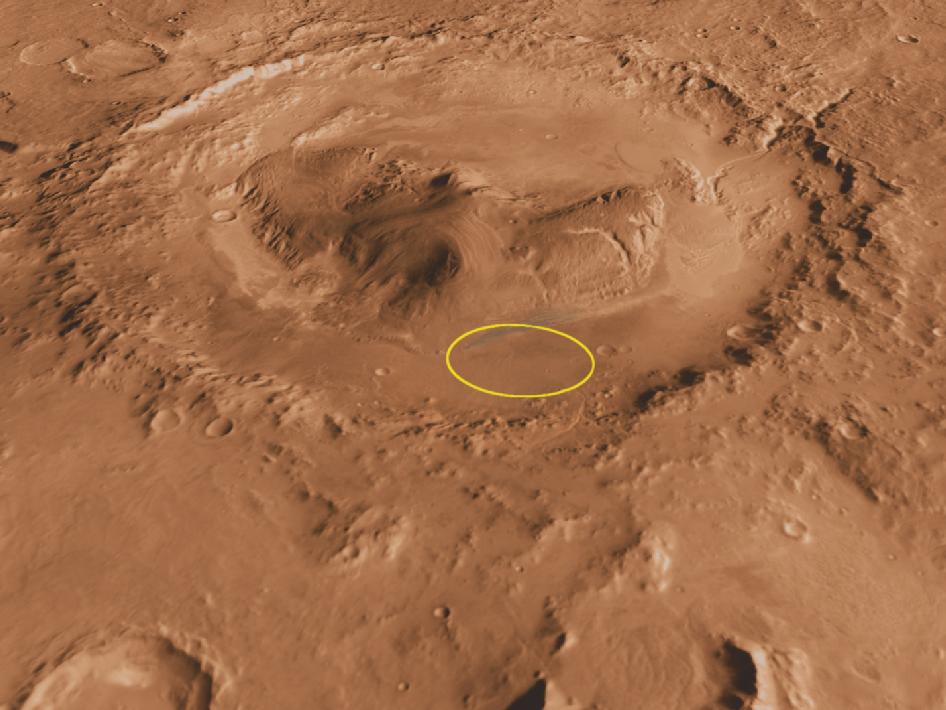 Context of Curiosity Landing Site in Gale Crater, with Ellipse

This oblique, southward-looking view of Gale crater shows the landing site and the mound of layered rocks that NASA's Mars Science Laboratory will investigate. The landing site is in the smooth area in front of the mound (marked by a yellow ellipse, which is 12.4 miles [20 kilometers] by 15.5 miles [25 kilometers]).

Gale crater is 96 miles (154 kilometers) in diameter and holds a layered mountain rising about 3 miles (5 kilometers) above the crater floor.

The area of top scientific interest for Mars Science Laboratory is at the base of the mound, just at the edge of the landing ellipse. Here, orbiting instruments have detected signatures of both clay minerals and sulfate salts. Scientists studying Mars have several important hypotheses about how these minerals reflect changes in the Martian environment, particularly changes in the amount of water on the surface of Mars. The Mars Science Laboratory rover, Curiosity, will use its full instrument suite to study these minerals and how they formed to give us insights into those ancient Martian environments. These rocks are also a prime target in checking for organic molecules.