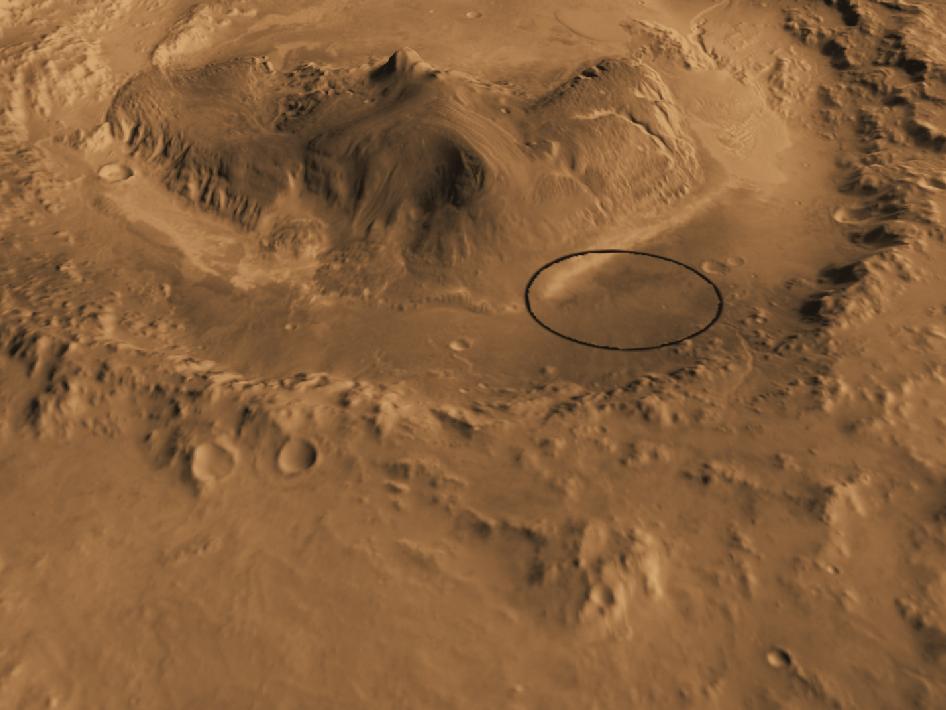 Oblique View of Gale Crater From the North

This computer-generated view based on multiple orbital observations shows Mars' Gale crater as if seen from an aircraft north of the crater.

NASA is considering Gale as a possible landing site for the Mars Science Laboratory mission. If the site is selected, the mission's rover would be placed on the ground in a northern portion of Gale crater in August 2012.

Gale crater is 96 miles (154 kilometers) in diameter and holds a layered mountain rising about 3 miles (5 kilometers) above the crater floor. The ellipse superimposed on this image indicates the candidate landing area, 12.4 miles (20 kilometers) by 15.5 miles (25 kilometers). The portion of the crater within the landing area has an alluvial fan likely formed by water-carried sediments. The lower layers of the nearby mountain -- within driving distance for Curiosity -- contain minerals indicating a wet history. The candidate landing site is at 4.5 degrees south latitude, 137.4 degrees east longitude.