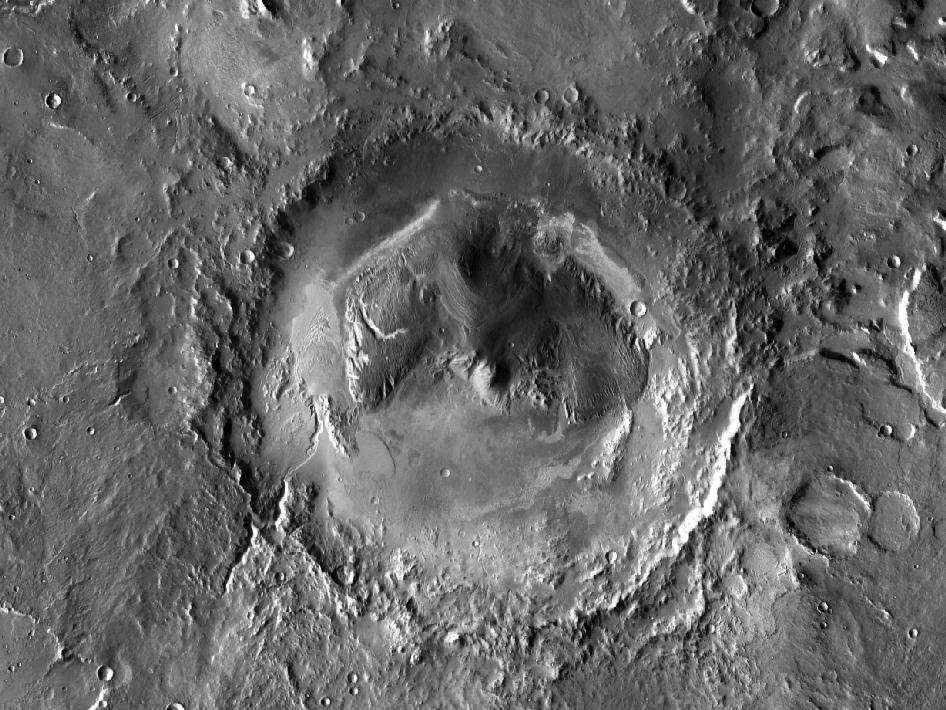 NASA has selected Gale crater as the landing site for the Mars Science Laboratory mission. The mission's rover will be placed on the ground in a northern portion of the crater in August 2012. This view of Gale is a mosaic of observations made in the visible-light portion of the spectrum by the Thermal Emission Imaging System camera on NASA's Mars Odyssey orbiter.

Gale crater is 96 miles (154 kilometers) in diameter and holds a layered mountain rising about 3 miles (5 kilometers) above the crater floor. The portion of the crater within the planned landing area north of the mountain has an alluvial fan likely formed by water-carried sediments. The lower layers of the nearby mountain -- within driving distance for Curiosity -- contain minerals indicating a wet history.

The Mars Science Laboratory spacecraft is being perpared for launch during the period Nov. 25 to Dec. 18, 2011. In a prime mission lasting one Martian year -- nearly two Earth years -- after landing, researchers will use the rover's tools to study whether the landing region has had environmental conditions favorable for supporting microbial life and for preserving clues about whether life existed.