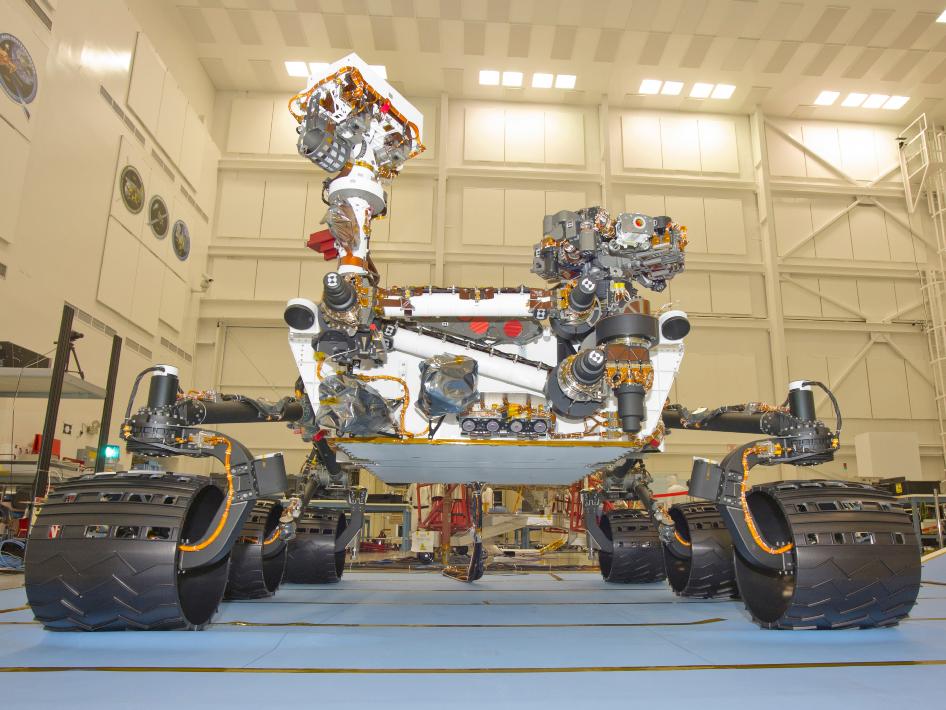 This photograph of the NASA Mars Science Laboratory rover, Curiosity, was taken during mobility testing on June 3, 2011. The location is inside the Spacecraft Assembly Facility at NASA's Jet Propulsion Laboratory, Pasadena, Calif.

Preparations are on track for shipping the rover to NASA's Kennedy Space Center in Florida in June and for launch during the period Nov. 25 to Dec. 18, 2011.