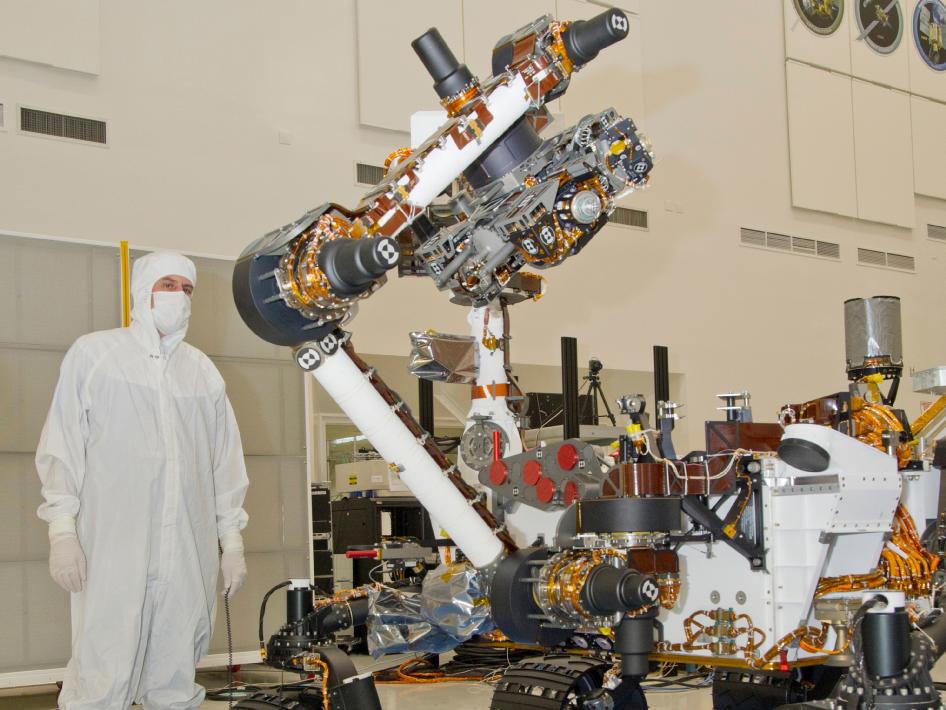 This photograph of the NASA Mars Science Laboratory rover, Curiosity, was taken during testing on June 3, 2011. The location is inside the Spacecraft Assembly Facility at NASA's Jet Propulsion Laboratory, Pasadena, Calif.

The turret at the end of Curiosity's robotic arm holds five devices. On the left (downhill) edge of the turret in this view is the percussive drill for collecting powdered samples from rock interiors. On the edge toward the camera is a brush device named Dust Removal Tool. Farther to the right is the Mars Hand Lens Imager. Not visible in this view are the Alpha Particle X-ray Spectrometer and a multi-purpose device named Collection and Handling for In-situ Martian Rock Analysis (CHIMRA), which includes a soil scoop and a set of chambers and labyrinths for sieving, sorting and portioning samples of rock powder or soil for delivery to analytical instruments.

Preparations are on track for shipping Curiosity to NASA's Kennedy Space Center in Florida in June and for launch during the period Nov. 25 to Dec. 18, 2011.