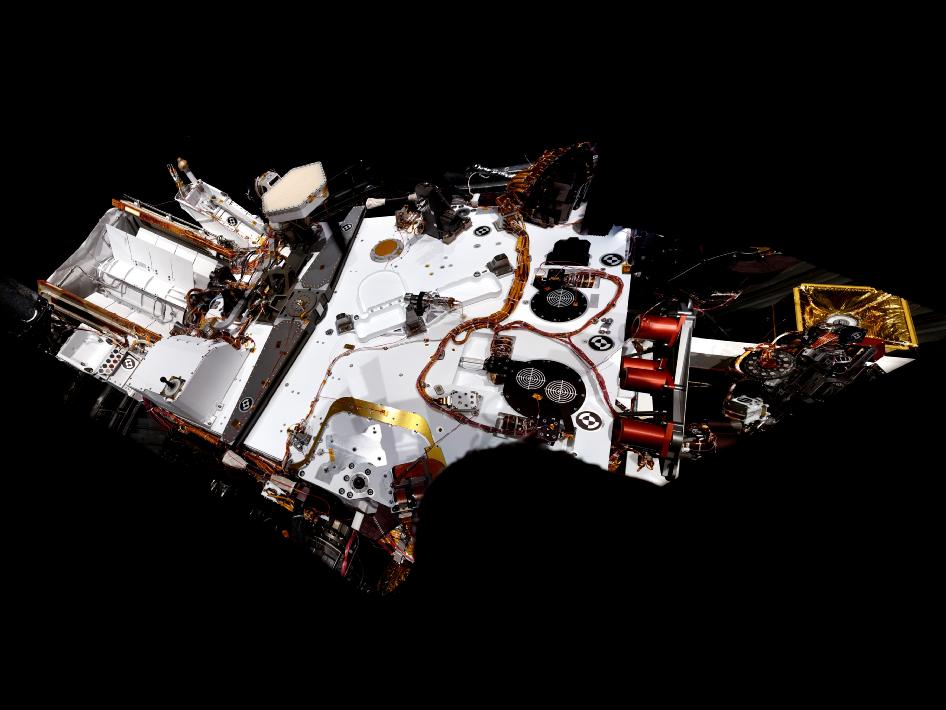 The left eye of the two-camera Mast Camera (Mastcam) instrument on NASA's Mars rover Curiosity took the images combined into this mosaic of the rover's upper deck. The images were taken in March 2011. At the time, Curiosity was inside a space simulation chamber at NASA's Jet Propulsion Laboratory, Pasadena, Calif., for testing under thermal conditions like those the rover will experience on the surface of Mars.

The front of the rover is toward the right in this image. On the left is the outer cover for the mission's nuclear power source, a radioisotope thermoelectric generator. At far right is the turret a the end of Curiosity's robotic arm. The light-colored hexagonal object in the top left quadrant of the mosaic is the high-gain antenna, which is about 10 inches (25 centimeters) across.