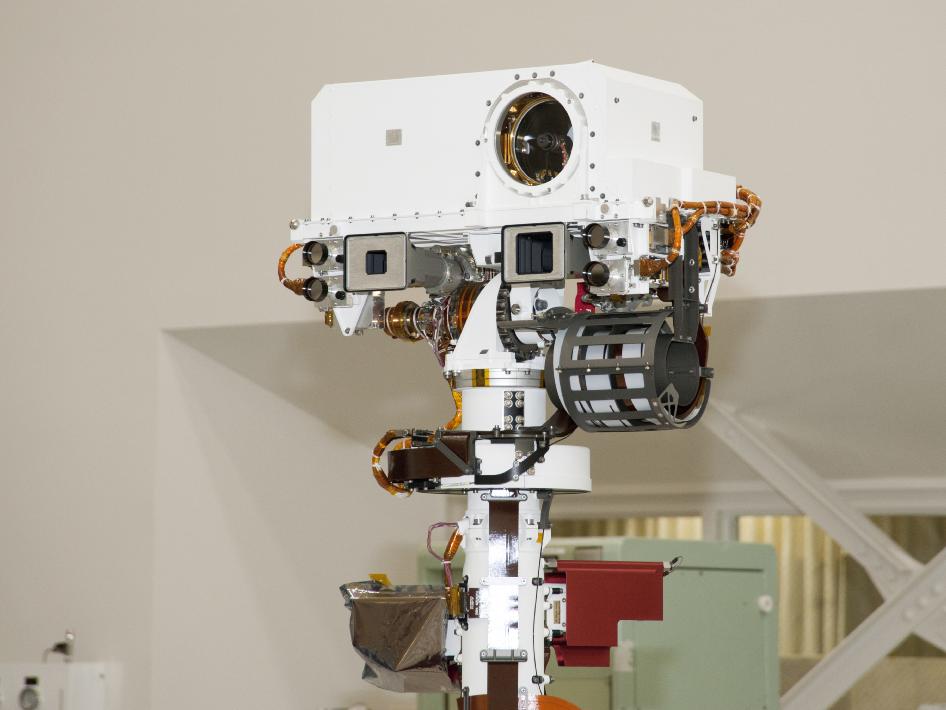 The remote sensing mast on NASA Mars rover Curiosity holds two science instruments for studying the rover's surroundings and two stereo navigation cameras for use in driving the rover and planning rover activities. This view of the top of the mast was taken April 4, 2011, inside the Spacecraft Assembly Facility at NASA's Jet Propulsion Laboratory, Pasadena, Calif. For scale, the width of the white box at the top is about 0.4 meter (16 inches).

The circle in the white box is the laser and telescope of an instrument named Chemistry and Camera, or ChemCam. The instrument can pulse its laser at a rock up to about 7 meters (23 feet) away and determine the rock's composition by examining the resulting spark with the telescope and spectrometers.

Just below that circle is the square opening for a wide-angle camera that is paired with a telephoto camera (the smaller square opening to the left) in the rover's Mast Camera, or Mastcam, which can take high-definition, full-color video with both "eyes." Each of the two Mastcam camera heads has a wheel of filters that can be used for studying geological targets at specific visible-light and infrared wavelengths.

Farther outward from each of the Mastcam cameras are circular lens openings for the rover's stereo navigation camera and its backup twin.