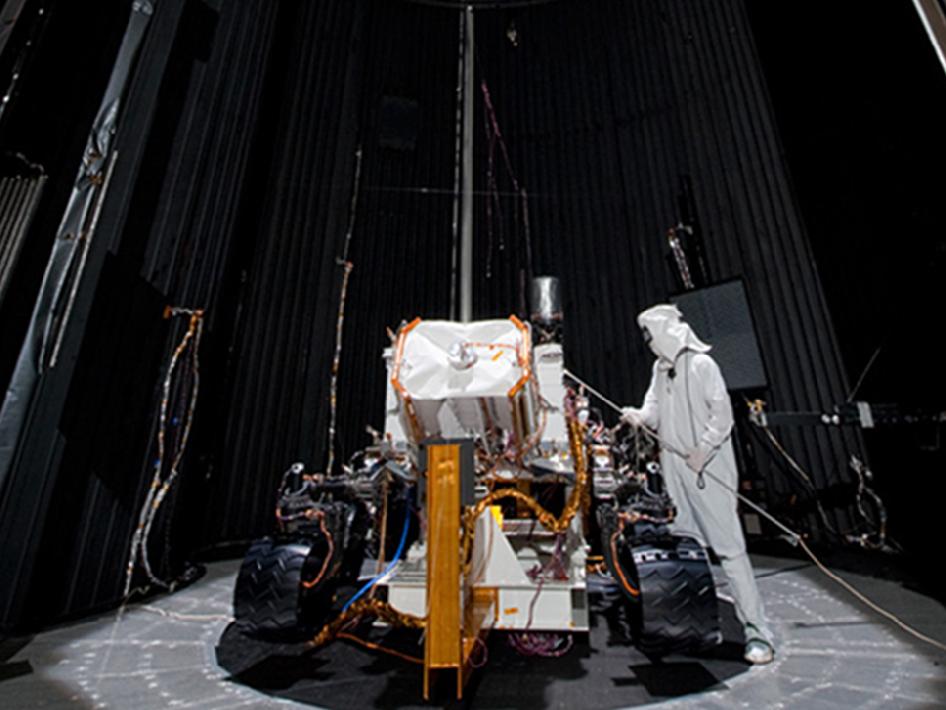 Preparing for Solar and Thermal Testing of Curiosity Mars Rover

This image shows preparation for March 2011 testing of the Mars Science Laboratory rover, Curiosity, in a 25-foot-diameter (7.6-meter-diameter) space-simulation chamber. The testing was designed to put the rover through operational sequences in environmental conditions similar to what it will experience on the surface of Mars.

In this March 8, 2011, image, Curiosity is fully assembled with all primary flight hardware and instruments. The test chamber's door is still open. After the door is closed, a near-vacuum environment can be established, and the chamber walls flooded with liquid nitrogen for chilling to minus 130 degrees Celsius (minus 202 degrees Fahrenheit). A bank of powerful lamps simulates sunshine on Mars. The technician in the picture is using a wand to map the solar simulation intensities at different locations in the chamber just prior to the start of the testing.

The simulation chamber is at NASA's Jet Propulsion Laboratory, Pasadena, Calif. JPL, a division of the California Institute of Technology in Pasadena, manages the Mars Science Laboratory Project for the NASA Science Mission Directorate, Washington.