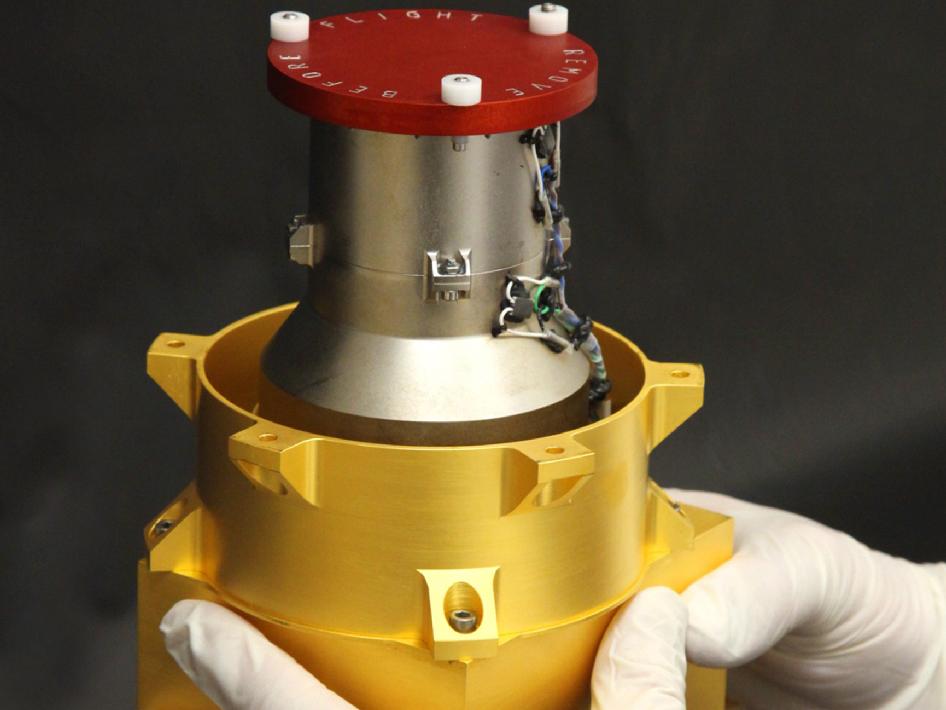 This instrument, shown prior to its September 2010 installation onto NASA's Mars rover Curiosity, will aid future human missions to Mars by providing information about the radiation environment on Mars and on the way to Mars.

It is the Radiation Assessment Detector, or RAD, one of 10 science instruments for the Mars Science Laboratory mission, which will land Curiosity on Mars in August 2012. Southwest Research Insitute, in San Antonio, Texas, and Boulder, Colo., supplied this instrument in collaboration with Germany's national aerospace research center, Deutschen Zentrum für Luft- und Raumfahrt. This image shows the flight hardware, with a red "remove before flight" cover on top of the instrument's telescope.

The Radiation Assessment Detector will monitor high-energy atomic and subatomic particles from the sun, from distant supernovas and from other natural sources. These particles are natural radiation that could be harmful to astronauts on a Mars mission or to any microbes near the surface of Mars.

The installed instrument's telescope faces upward from a position near the front left corner of Curiosity's deck, with a 65-degree field of view. Two kinds of detectors in the instrument monitor charged particles. A third type detects neutral particles produced by charged-particle radiation's interaction with the Martian atmosphere or ground.

NASA's Jet Propulsion Laboratory, a division of the California Institute of Technology in Pasadena, manages the Mars Science Laboratory for the NASA Science Mission Directorate, Washington.