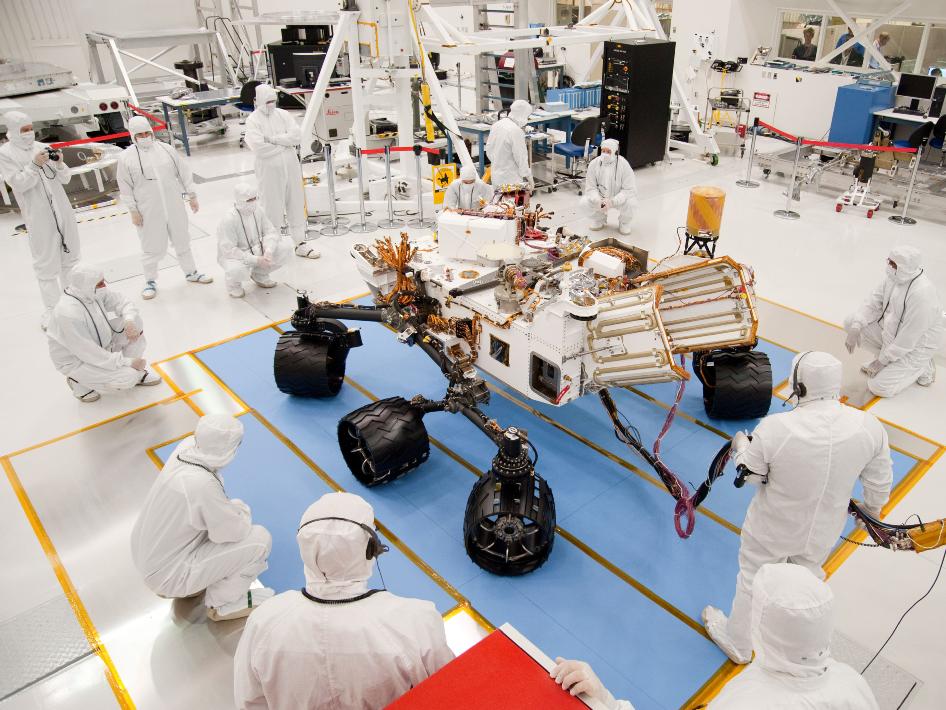 Curiosity at Center of Attention During Test

The team conducted the drive test in the Spacecraft Assembly Facility at NASA's Jet Propulsion Laboratory, Pasadena, Calif. JPL, a division of the California Institute of Technology, manages the Mars Science Laboratory Project for the NASA Science Mission Directorate.