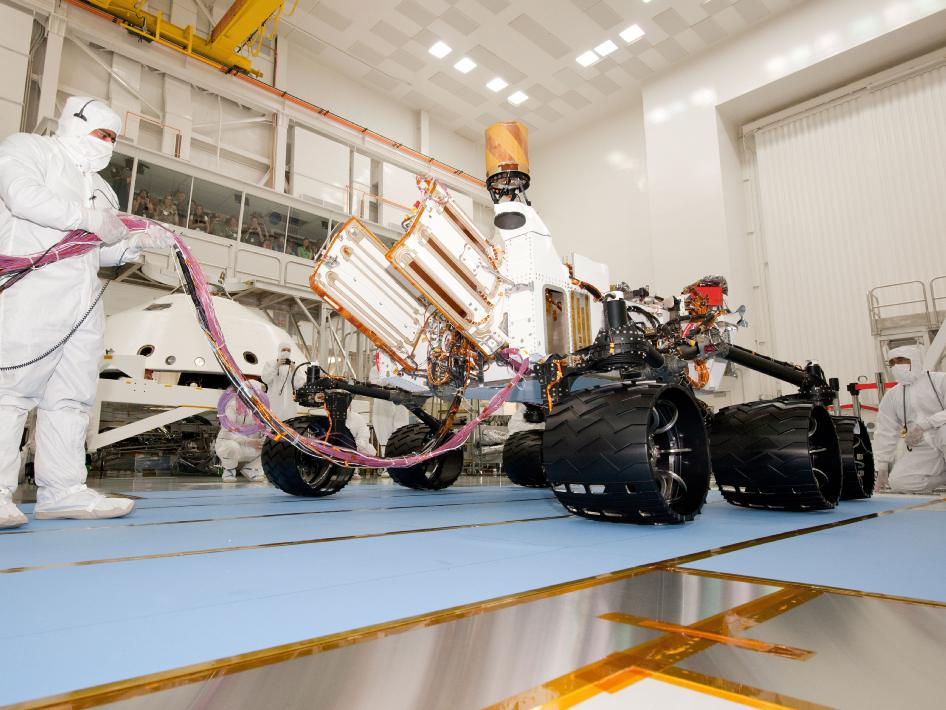 On Mars, of course, Curiosity will not need an umbilical cord. It will communicate by radio, and it will be powered by a radiosotope thermoelectric generator -- essentially a nuclear battery that reliably converts heat to electricity -- to be installed just before launch.

Technicians and engineers conducted the drive test in the Spacecraft Assembly Facility at NASA's Jet Propulsion Laboratory, Pasadena, Calif. JPL, a division of the California Institute of Technology, manages the Mars Science Laboratory Project for the NASA Science Mission Directorate.