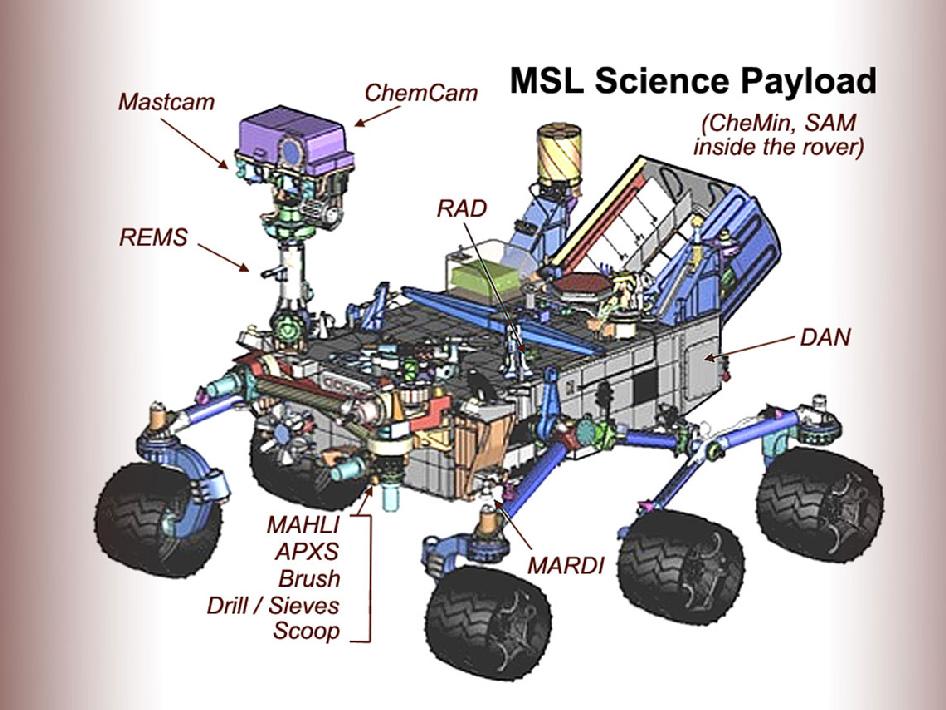 This drawing of the Mars Science Laboratory mission's rover, Curiosity, indicates the location of science instruments and some other tools on the car-size rover.

Mastcam is the Mast Camera instrument.

ChemCam is the Chemistry and Camera instrument.

CheMin is the Chemistry and Mineralogy instrument.

SAM is the Sample Analysis at Mars instrument.

DAN is the Dynamic Albedo of Neutrons instrument.

The brush, drill, sieves and scoop are tools on the rover's robotic arm.