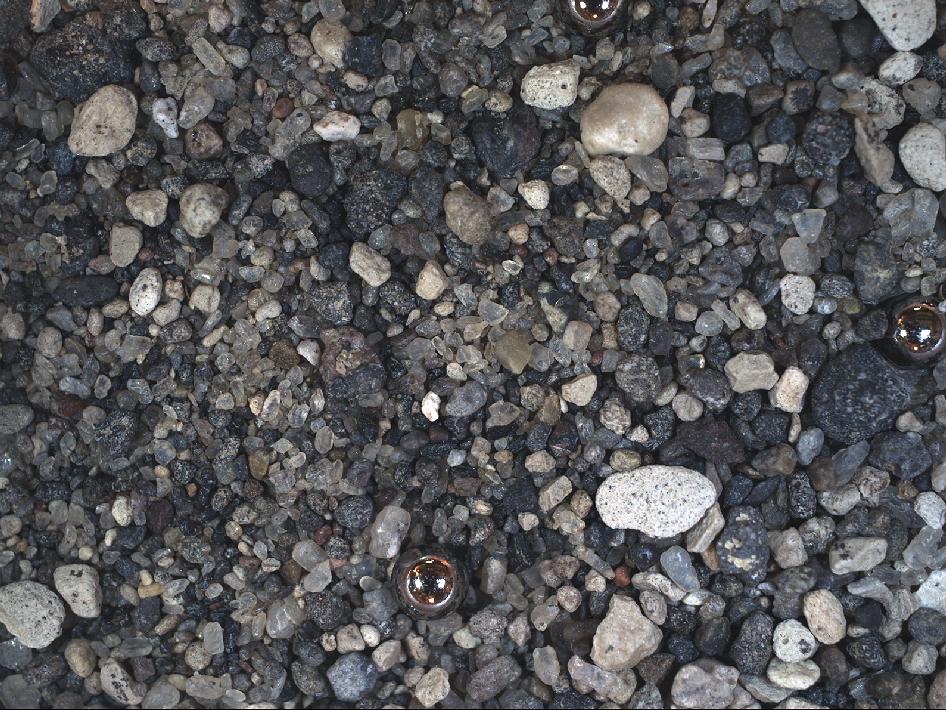 This view of grains from a sand dune near Christmas Lake, Ore., was taken by a testing twin of the Mars Hand Lens Imager (MAHLI) camera on NASA's Mars Science Laboratory. The image includes three manufactured spheres; each is a 2-millimeter-diameter (0.08-inch-diameter) ball bearing, placed here to provide an independent measure of the image scale. Reflected in each sphere is the glow from the camera's four white LEDs (light-emitting diodes).

The Mars Science Laboratory mission's rover, Curiosity, will carry MAHLI at the end of the robotic arm. The mission will land the rover on Mars in August 2012.

Geologists can examine an image like this for information about the composition of the sand. In this case, the largest white grains are pumice fragments and the dark black and gray grains are fragments of basalt. Nearly transparent, slightly yellow crystals are feldspars. The crystals and pumice were erupted by Mount Mazama in its terminal explosion about 7700 years ago; the volcano is known today as Crater Lake.