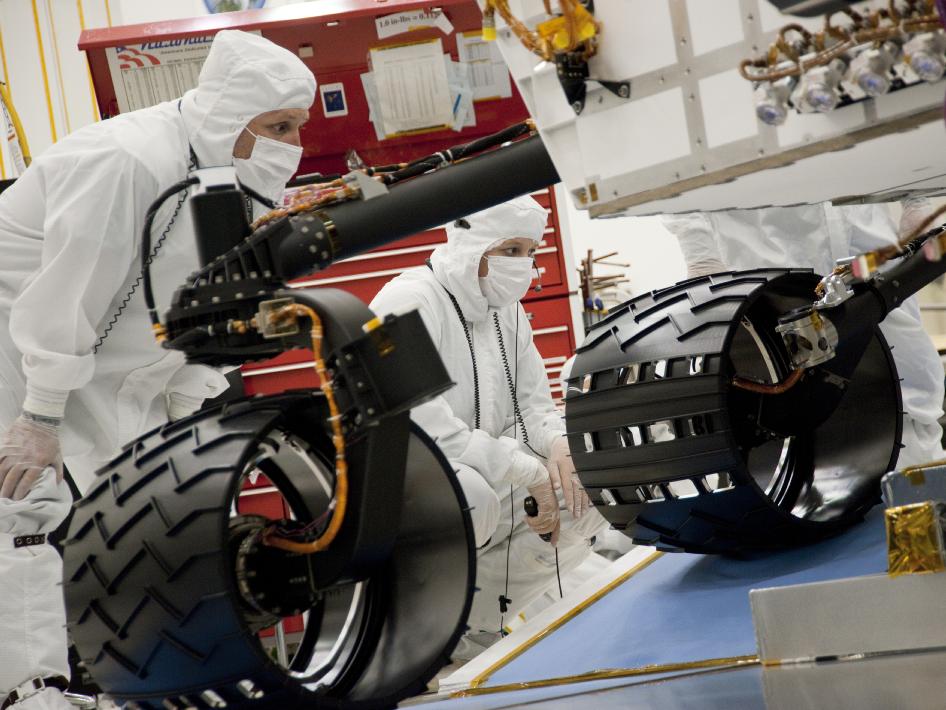 Test operators monitor how NASA's Mars rover Curiosity handles driving over a ramp during a test on Sept. 10, 2010, inside the Spacecraft Assembly Facility at NASA's Jet Propulsion Laboratory, Pasadena, Calif.

The rover, like its smaller predecessors already on Mars, uses a rocker bogie suspension system to drive over uneven ground.

JPL, a division of the California Institute of Technology in Pasadena, manages the Mars Science Laboratory Project for the NASA Science Mission Directorate, Washington.