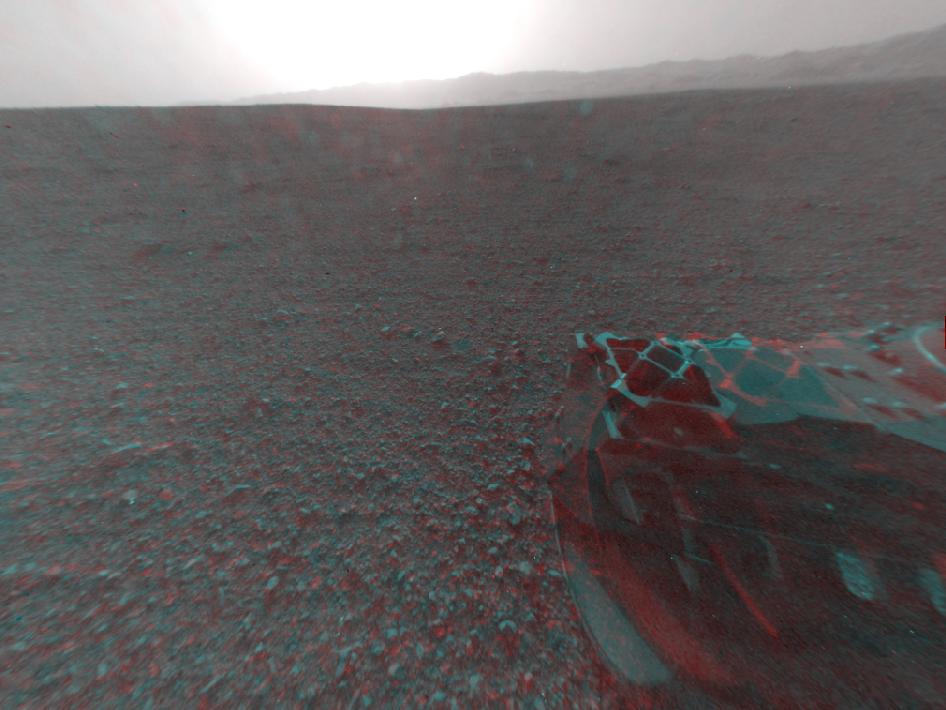 3-D View from Behind Curiosity

This image is a 3-D view behind NASA's Curiosity rover, which landed on Mars on Aug. 5 PDT (Aug. 6 EDT). The anaglyph was made from a stereo pair of Hazard-Avoidance Cameras on the rear of the rover. It has been cropped.

Part of the rim of Gale Crater, which is a feature the size of Connecticut and Rhode Island combined, stretches from the top middle to the top right of the image. One of the rover's wheels can be seen at bottom right. The bright spot is saturation from the sun.

The original images were captured by the rover's front Hazard-Avoidance cameras at full resolution shortly after the rover landed. It has been linearized to remove the distorted appearance that results from its fisheye lens. A single "eye" view from the rear of the rover is available at http://photojournal.jpl.nasa.gov/catalog/PIA15987 .