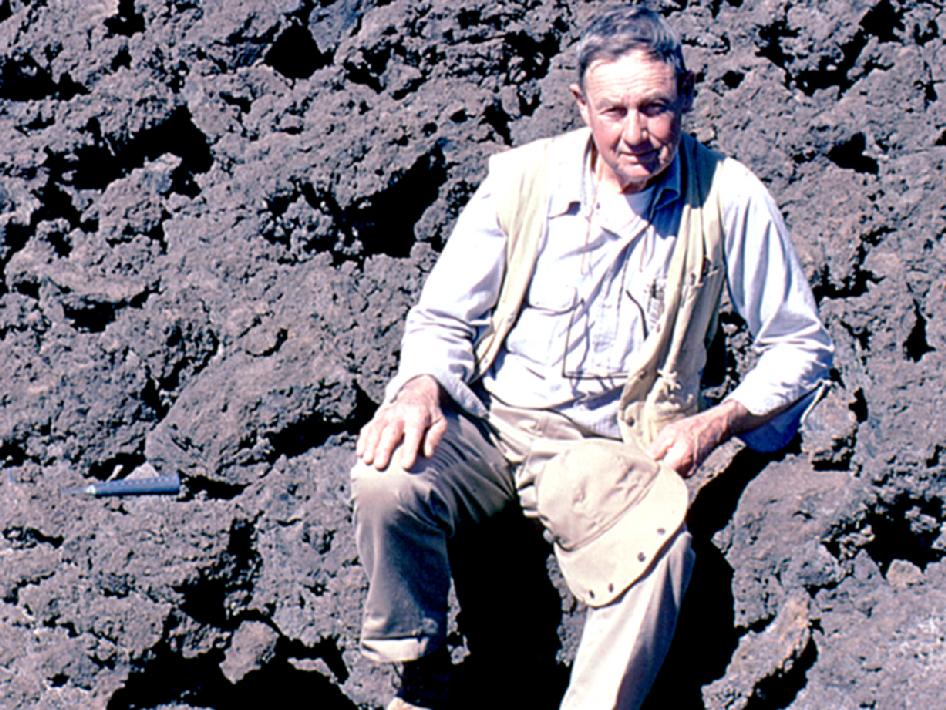 Science team leaders for NASA's Mars Science Laboratory mission have chosen "Mount Sharp" as an informal name for the mountain beside the chosen landing site for the mission's rover, Curiosity. This choice pays tribute to Robert P. Sharp (1911-2004), a founder of planetary science, influential teacher of many current leaders in the field, and team member for NASA's first few Mars missions.

In this photograph from the early 1980s, Sharp pauses during a day of field work on Mauna Loa volcano in Hawaii. He had retired by then from chairing the Division of Geological and Planetary Sciences at the California Institute of Technology, Pasadena, but continued active in research and teaching.