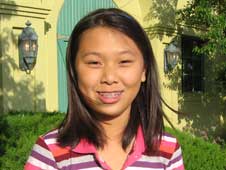 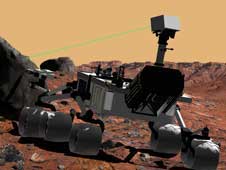 Cut 1 - Play audio
Length: :13
Transcript: I selected the name Curiosity and I chose that name because I was really curious about space and our planets and our solar system and I wanted to learn more about it.

Cut 2 - Play audio
Length: :12
Transcript: I want to inspire kids to be curious and to follow what their heart wants them to do and to think about things and, and then be curious.

Cut 3 - Play audio
Length: 1:03
Transcript: I found out that I won the contest um, when, um, well I know someone was calling um, our house and our mom, my mom was talking to someone but I didn’t really, really care because I didn’t really know it. And then I went downstairs and I heard my mom saying, well that’s wonderful and she was really excited and I, I didn’t know what would make her that excited and then so I asked my sister and she was like trying to be really secretive but um I got her to tell me why my mom was that excited so um, and then while she was on the phone I was running up and down the stairs ‘cause I was really excited and I had a lot of energy and wanted to like, run it off. So I would like run up and down the stairs and listening until she was off the phone.

Cut 4 - Play audio
Length: :42
Transcript: Well the Mars rover is interesting to me because it's actually going somewhere besides Earth. And to me that's interesting because I've only ever, well I've only lived in Kansas, which is really small compared to everything. Um and of course I've never been off the Earth. But um, it's really exciting because I look at the stars at night and I just wish that I could be there, and having to do with something that will be going somewhere out there is really cool to me.

Cut 6 - Play audio
Length: 1:03
Transcript: The name I suggested for NASA's Mars Science Laboratory rover is Curiosity and here's the essay I wrote. Curiosity is an everlasting flame that burns in everyone's mind. It makes me get out of bed in the morning and wonder what surprises life will throw at me that day. Curiosity is such a powerful force. Without it, we wouldn't be who we are today. When I was younger, I wondered, 'Why is the sky blue?', 'Why do the stars twinkle?', 'Why am I me?', and I still do. I have so many questions, and America is the place where I want to find my answers. Curiosity is the passion that drives us through our everyday lives. We have become explorers and scientists with our need to ask questions and to wonder. Sure, there are many risks and dangers, but despite that, we still continue to wonder and dream and create and hope. We have discovered so much about the world, but still so little. We will never know everything there is to know, but with our burning curiosity, we have learned so much.