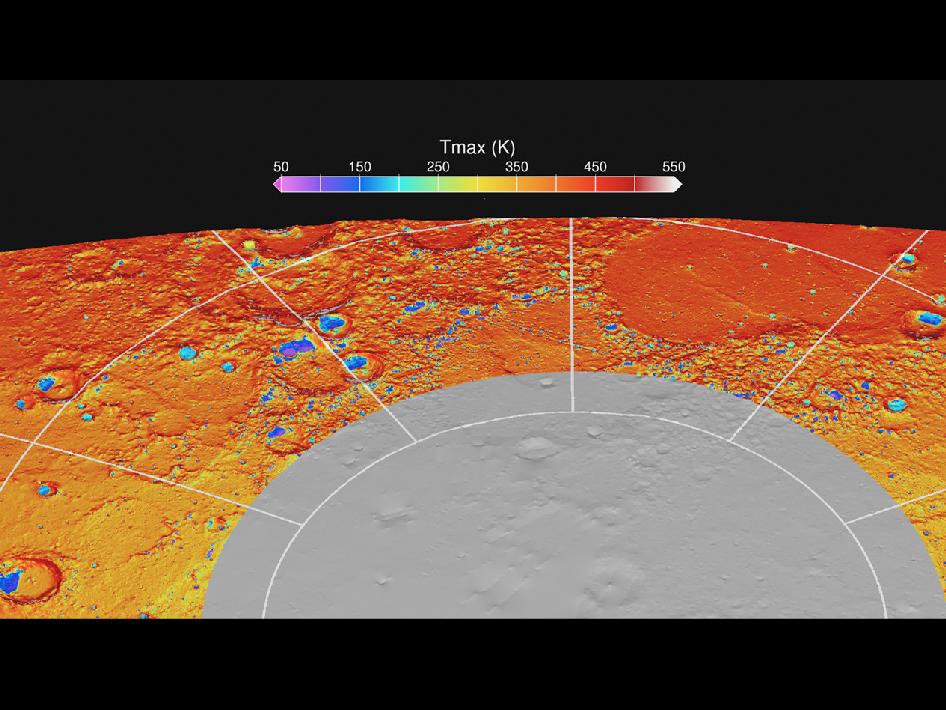 Map of the maximum surface temperature reached over a two-year period over the north polar region of Mercury. This detailed thermal map of Mercury, and others that display additional thermal parameters, are the first to have been calculated from measurements of Mercury’s topography by the MESSENGER MLA instrument. Mercury displays the most extreme range of surface temperatures of any body in the Solar System. Regions that receive direct sunlight at the equator reach maximum temperatures of 700 K (800° F), whereas regions in permanent shadow in high-latitude craters can drop below 50 K (-370° F). In this view from above Mercury's north pole, there are numerous craters with poleward-facing slopes on which the annual maximum temperature is less than 100 K (-280° F). At these temperatures, water ice is thermally stable over billion-year timescales.