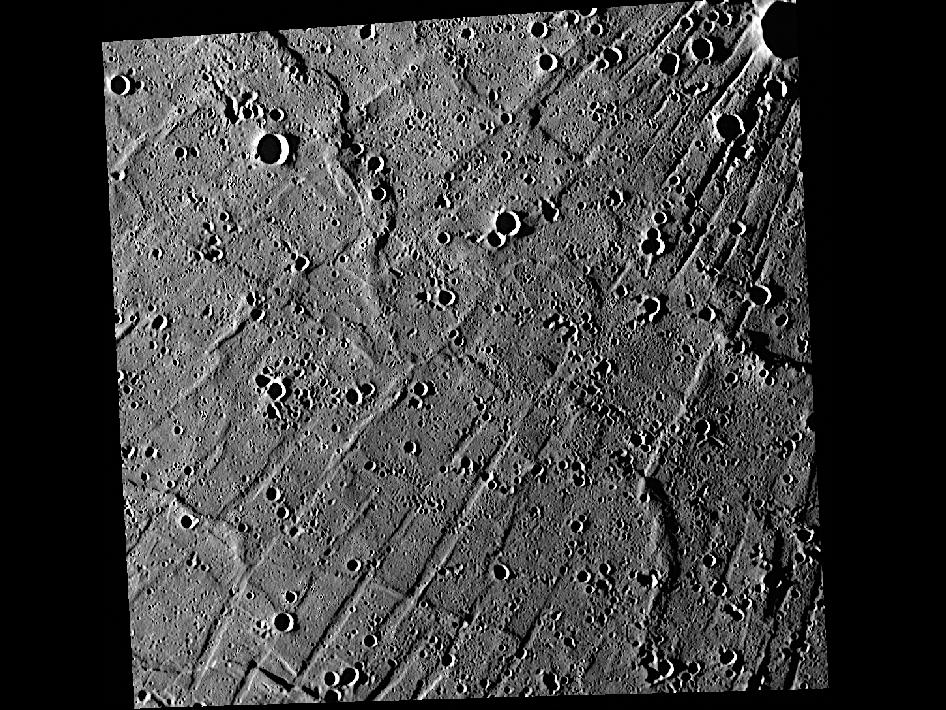 The discovery of Pantheon Fossae was one of the highlights of MESSENGER's first flyby of Mercury in 2008. The low Sun illumination of this image creates shadows, which accentuate the radiating troughs of this intriguing structure. In May 2008, Pantheon Fossae was officially named, becoming the first fossae (Latin for trenches) named on Mercury. Four years later, over 99.9% of Mercury's surface has been imaged, and Pantheon Fossae is indeed a unique geologic feature on Mercury.