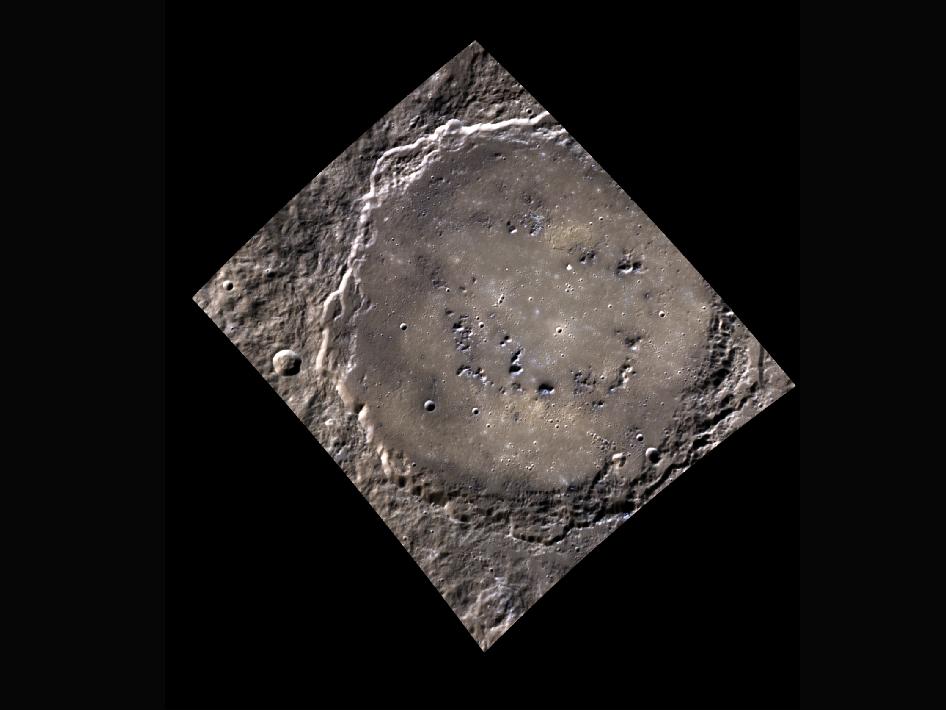 The Knight in the Panther's Skin

This color image shows Rustaveli, a newly named basin located in the Northern hemisphere of the planet. The basin has a smooth, filled floor with little weathering and a peak-ring structure. Shota Rustaveli was a Georgian poet who lived from 1172-1216. He is well known for writing the Georgian national epic poem, "The Knight in the Panther's Skin". He is also the namesake of the coveted Shota Rustaveli State Prize, the highest honor a Georgian artist or writer can achieve.