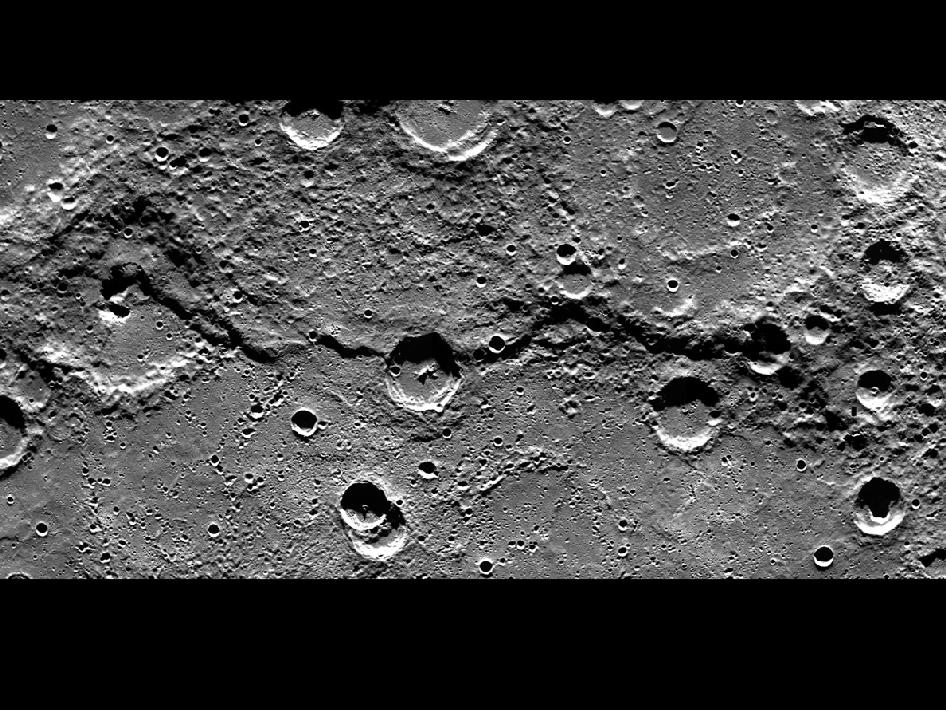 This image is a portion of the MDIS global mosaic basemap that was acquired during MESSENGER's first year in orbit. The scene, with north to the right, shows a geological feature termed Victoria Rupes — a long cliff or scarp that formed when Mercury shrank slightly as its core cooled. Rupes on Mercury are named for ships of discovery, and Victoria Rupes is named for the Victoria that formed part of Ferdinand Magellan's fleet in his 1519-1522 effort to circumnavigate Earth.