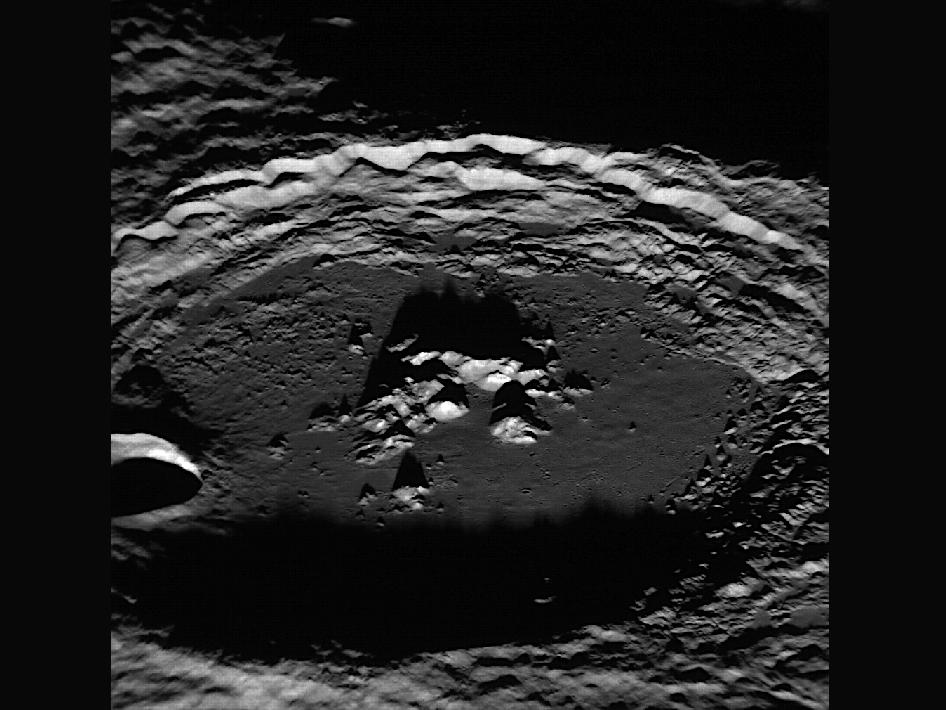 Named in 2008 for the Brazilian painter Tarsila do Amaral, Amaral crater was imaged during MESSENGER's first Mercury flyby and discovered to contain bright central peaks that were relatively blue in color compared to the surrounding terrain. The peaks resembled those of Eminescu in color, now known to be the location of an impressive collection of hollows. This spectacular image of Amaral highlights the topography of the peaks inside the crater but doesn't show wide-spread hollows as seen within Eminescu, though there may be a hint that perhaps the bright tips of Amaral's peaks do host hollows.