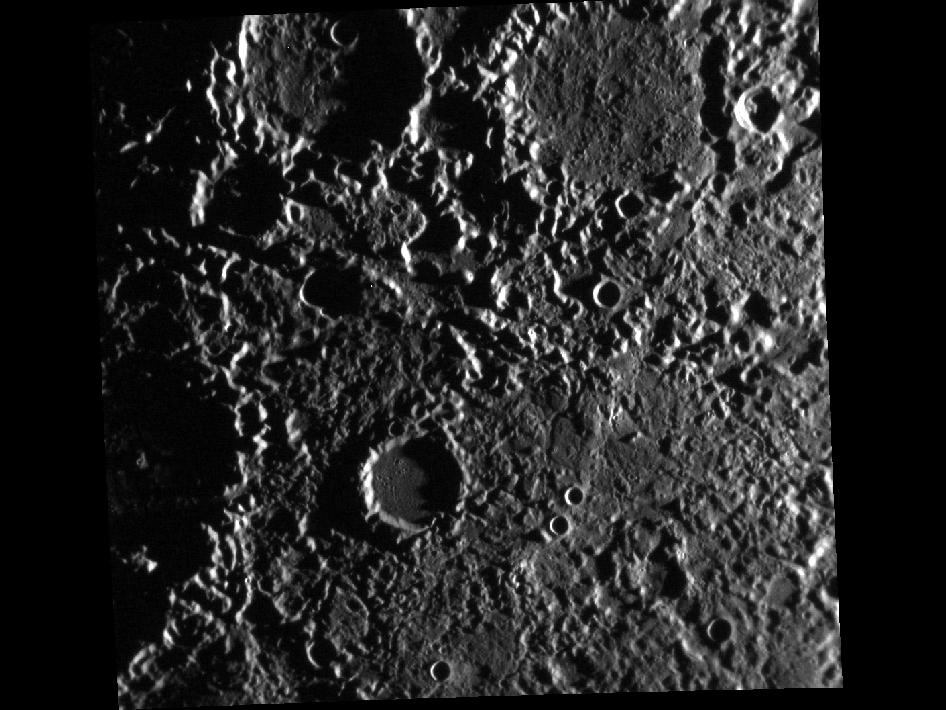 When the Going Gets Weird, the Weird Turn Pro

This view is a close-up of an area featured in a previous Gallery image. The region is located diametrically opposite the Caloris impact basin, and has been affected by converging seismic waves or ejecta that caused the peculiar "hilly and lineated" texture. Members of the Mariner 10 team informally called this the "weird terrain" when it was first discovered in 1974.