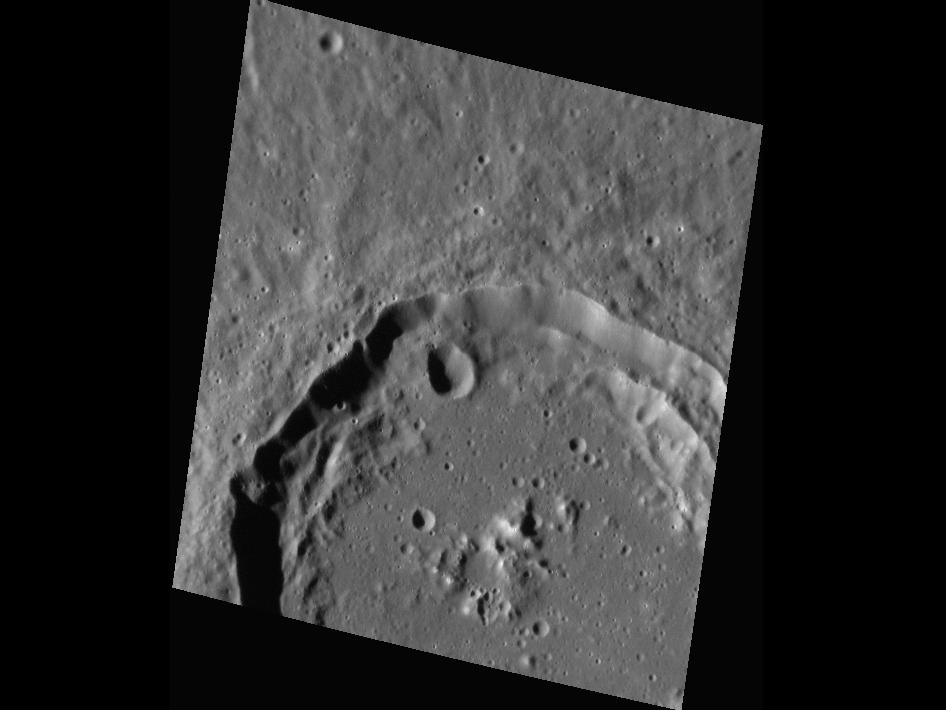 This image, taken with the Narrow Angle Camera (NAC), gives us a close-up look at the crater Calvino, also shown in the center of this image of the plains near Rudaki crater. Named for the 20th century Italian journalist and writer Italo Calvino, this crater displays bright central peaks as well as terraced walls. Calvino's rim and the western part of its central peak are composed of material with color properties that are different from the surrounding volcanic plains.