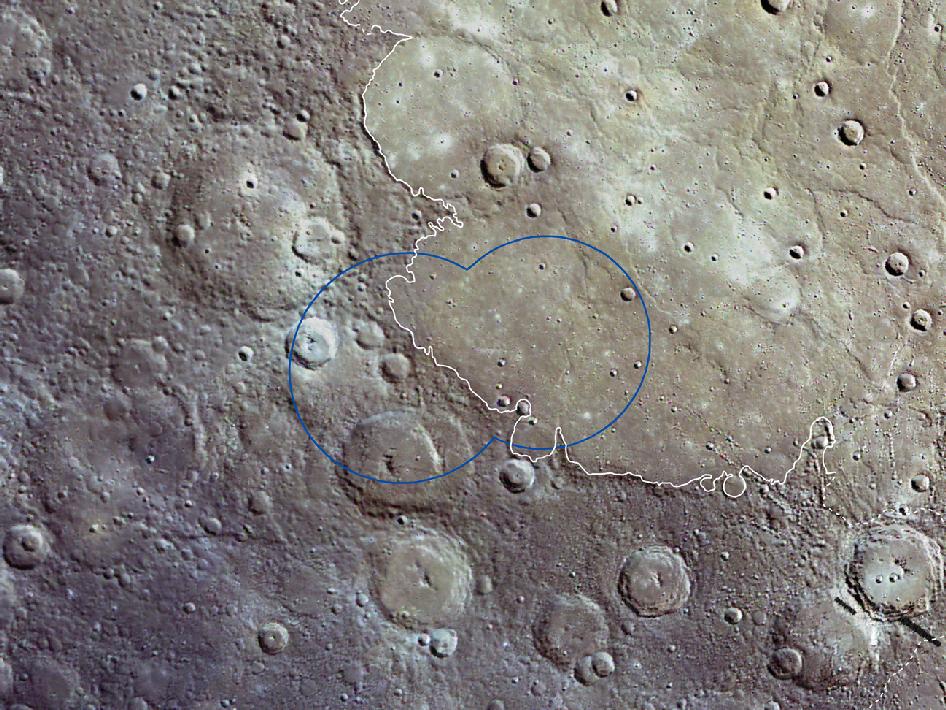 The X-Ray Spectrometer (XRS) on MESSENGER collects compositional information for relatively large regions on Mercury’s surface, and strong signals are only received during times of high solar activity. The blue region outlined in this wide-angle camera image mosaic shows the region visible to the XRS during a solar flare on 16 April 2011, and is basaltic in composition, the same type of volcanic rock that comprises the lunar maria. This region is part of the vast, high-reflectance northern plains that cover approximately 6% of Mercury’s surface. The 1000, 750, and 430 nm bands are displayed in red, green, and blue, respectively.