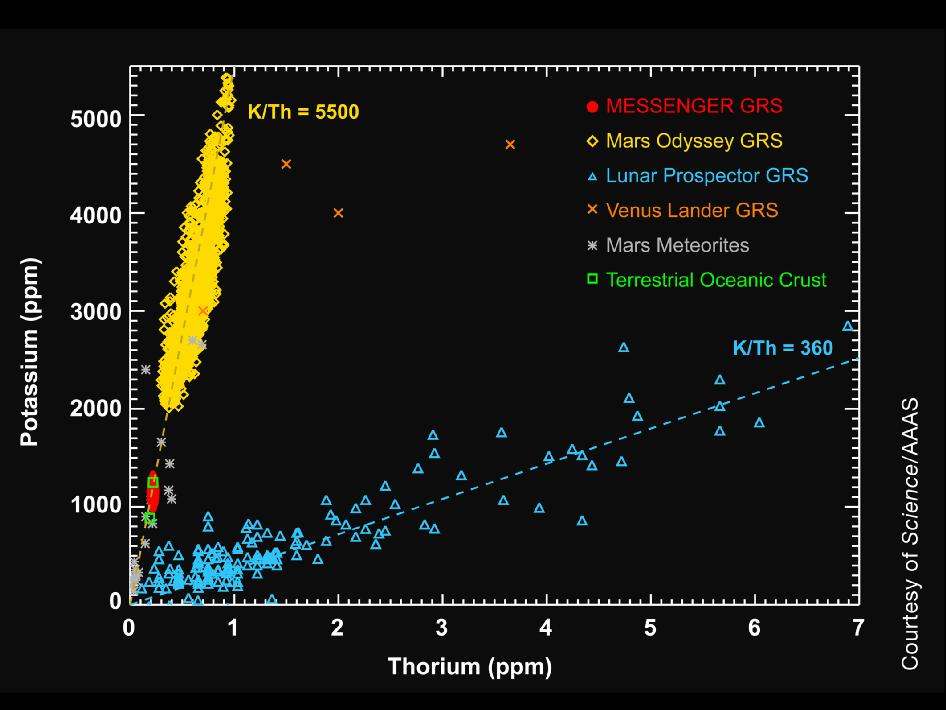 The abundance of potassium (K) and thorium (Th) on the surface of Mercury as measured by the MESSENGER Gamma-Ray Spectrometer. These values are compared to similar measurements of the K and Th content of Venus, Earth, the Moon, and Mars. Because K is a volatile element and Th a refractory one, this ratio is a sensitive measure of thermal processes that fractionate elements by volatility. For example, the ratio for the Moon (360) is much lower than that for Earth (3000), reflecting volatile loss during the Moon's formation by a giant impact. The ratio for Mercury is comparable to that of the other terrestrial planets, indicating that Mercury is not highly depleted in volatile elements, ruling out some models for its formation and early history. This finding is supported by the identification of sulfur on the surface by the MESSENGER X-Ray Spectrometer.