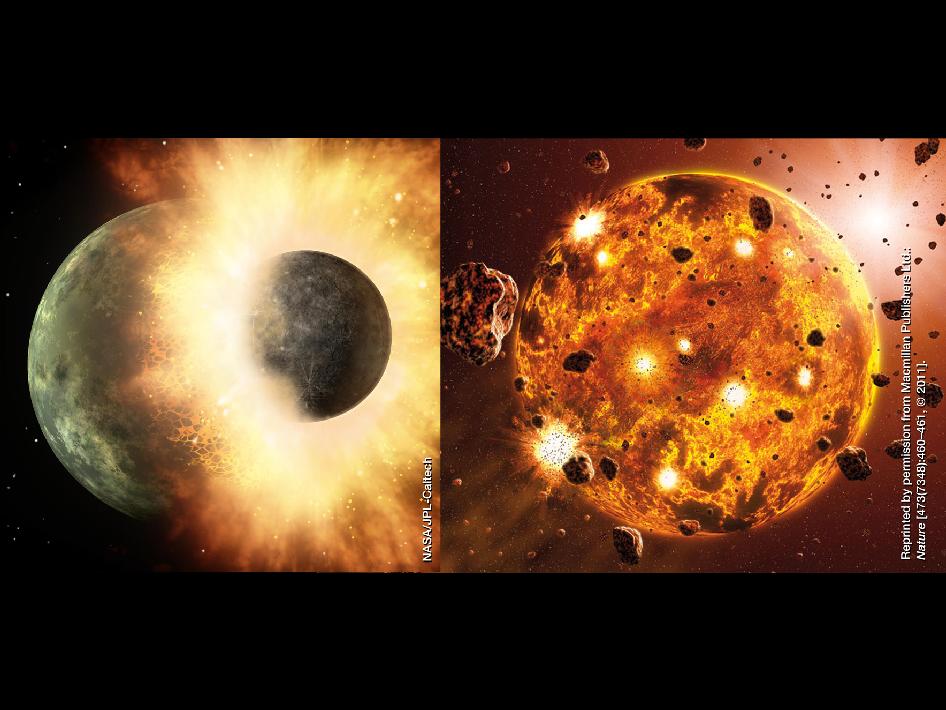 How Was Mercury Made?

Theories of Mercury’s formation have been developed to explain its unusually large metal-to-silicate ratio compared to Venus, Earth, and Mars. These theories generally fall into one of two categories; physical removal of silicates, or differences in the composition material from which Mercury formed compared with other solar system bodies. Two of the physical models invoke one or more giant impacts (left) or the vaporization of surface by a hot solar nebula to remove the planet’s original crust and outer mantle. Chemical models describe the material from which Mercury formed, for example, refractory condensates or primitive precursory material (right). The abundances of potassium, thorium, and uranium on the surface of Mercury measured by the MESSENGER Gamma-Ray Spectrometer rule out the giant impact, vaporization, and refractory condensation models. Formation from primitive material, similar to some forms of chondritic meteorites, is consistent with the GRS measurements.