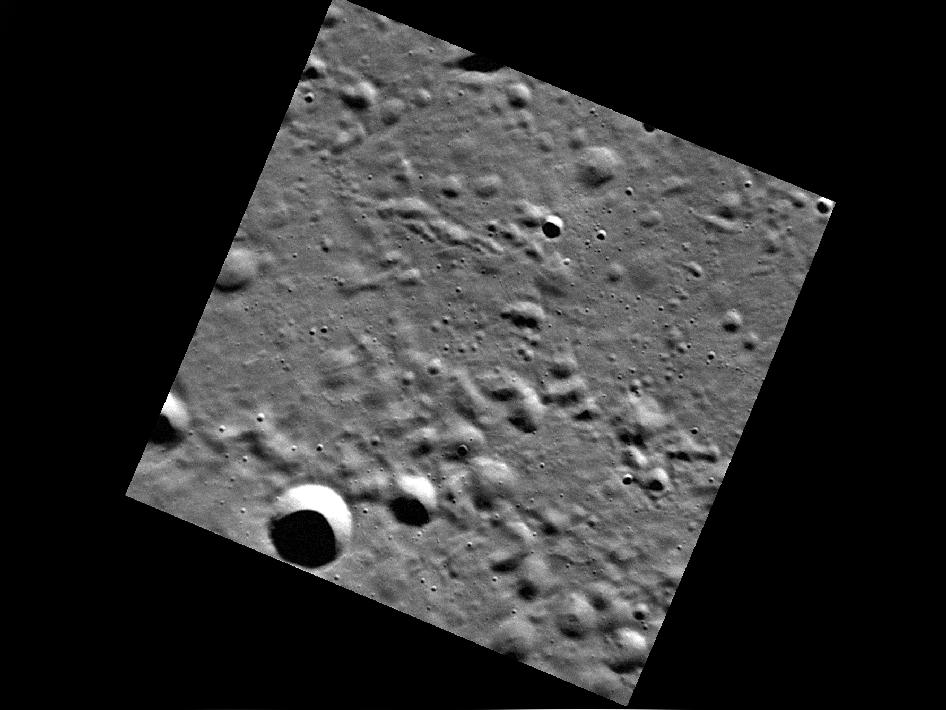 Mercury, as Seen in High Resolution

As the MESSENGER spacecraft sped over Mercury's north polar region, the NAC captured this image in very high resolution. This area is located north of Hokusai.

This image was acquired as a high-resolution targeted observation. Targeted observations are images of a small area on Mercury's surface at resolutions much higher than the 250-meter/pixel (820 feet/pixel) morphology base map or the 1-kilometer/pixel (0.6 miles/pixel) color base map. It is not possible to cover all of Mercury's surface at this high resolution during MESSENGER's one-year mission, but several areas of high scientific interest are generally imaged in this mode each week.