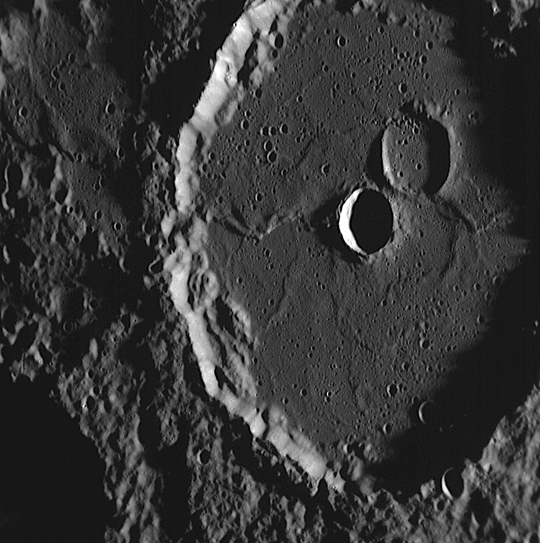 Machaut is the name of a crater, approximately 100 kilometer (60 mile) in diameter, first seen under high-sun conditions by Mariner 10 in the 1970s. The crater is named for the medieval French poet and composer Guillaume de Machaut. This NAC image shows an amazing new view of Machaut taken during MESSENGER’s second flyby of Mercury on Oct. 6, 2008. The slanting rays of the Sun cast shadows that reveal numerous small craters and intricate features. The largest crater within Machaut appears to have been inundated by lava flows similar to those that have filled most of the floor of the larger feature. The adjacent, slightly smaller crater was formed at a later time and excavated material below the lava-formed surface. MESSENGER science team members will also be studying the shallow ridges that crisscross Machaut’s floor.
› Back To Top