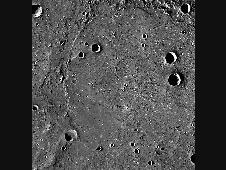 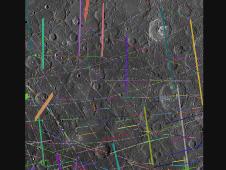 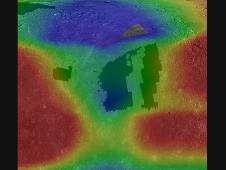 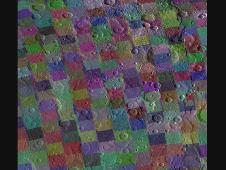 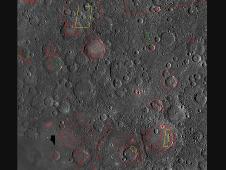 Data collected during MESSENGER’s first two months in orbit around Mercury have been released to the public by the Planetary Data System (PDS), an organization that archives and distributes all of NASA’s planetary mission data. Calibrated data from all seven of MESSENGER’s science instruments, plus radio science data from the spacecraft telecommunications system, are included in this release.

“It's a real milestone for the first data ever obtained from orbit around Mercury to be available now in the PDS,” says Nancy Chabot, Instrument Scientist for MESSENGER’s Mercury Dual Imaging System (MDIS).

“Scientists around the world will use these data to better understand Mercury and the formation and evolution of our solar system as a whole,” says Chabot, of the Johns Hopkins University Applied Physics Laboratory (APL) in Laurel, Md. “However, to me, one of the most exciting aspects of this release is that these data now in the PDS are just the first of much more to come. MESSENGER continues to send us new data practically every day!”

The science results from these instruments have already shed light on questions about Mercury that have lingered for more than three decades. Many of these results were highlighted in a June 16 press conference at NASA headquarters.

For instance, says MESSENGER Project Scientist Ralph McNutt of APL, “The imaging has highlighted the importance of volcanism in plains formation in the planet’s history, and the geochemical remote sensing instruments are providing new insights into formation scenarios for the planet. Geophysics data are yielding new information on Mercury’s internal structure, and data from the exosphere and magnetosphere instruments are giving us the first continuous view of Mercury’s interaction with its local space environment.

“The availability of these data via PDS will allow scientists around the world to study the data and begin making even more connections and discoveries,” McNutt adds.

Since the mid-1990s, NASA has required all of its planetary missions to archive data in the PDS, an active archive that makes available well-documented, peer-reviewed data to the research community. The PDS includes eight university/research center science teams, called discipline nodes, each of which specializes in a specific area of planetary data. The contributions from these nodes provide a data-rich source for scientists, researchers, and developers.

“PDS deliveries are the result of a concerted effort between the MESSENGER team and the PDS that starts well before the release to the public,” says APL’s Susan Ensor, MESSENGER’s Science Operations Center lead. “Approximately 50 MESSENGER team members were actively involved in making this PDS delivery, including instrument team members, developers from Applied Coherent Technology Corporation, and Science Operations Center personnel.”

Previous MESSENGER PDS deliveries included data from cruise and flybys of the Earth, Venus, and Mercury. The data for this delivery are archived and available online at http://pds.nasa.gov/subscription_service/SS-20110908.html, and all of the MESSENGER data archived at the PDS thus far are available at http://pds.nasa.gov. As of this release, MESSENGER will have delivered 1.1 terabytes of raw and calibrated data to the PDS, including more than 30,000 images (of which over 18,000 are from orbit).

The team will submit three more PDS deliveries at six-month intervals from MESSENGER’s primary mission. “Improved calibrations will be incorporated in these future deliveries,” Ensor says. “Advanced products, including Mercury maps, will be included in the final primary mission delivery in March 2013.”

The MESSENGER team has created an innovative software tool with which the public can view data from this delivery. ACT-REACT-Quick Map provides a simple, interactive Web interface to MESSENGER data. Developed by Applied Coherent Technology Corporation, Quick Map allows users to examine global mosaics constructed with high-resolution images from this PDS delivery.

The tool also provides weekly updates of coverage for surface-observing instruments, as well as the status of specially targeted MDIS observations. Information is also available that can be used to locate MESSENGER data products at the PDS. QuickMap can be accessed via links on each of the MESSENGER websites at http://messenger.jhuapl.edu/ and http://www.nasa.gov/messenger.

“The MESSENGER team is delighted to share the orbital observations of Mercury with the planetary science community and the public,” adds MESSENGER Principal Investigator Sean Solomon, of the Carnegie Institution of Washington. “The first global exploration of our solar system’s innermost planet is a wonderful adventure, and there are plenty of front-row seats for all to participate.”