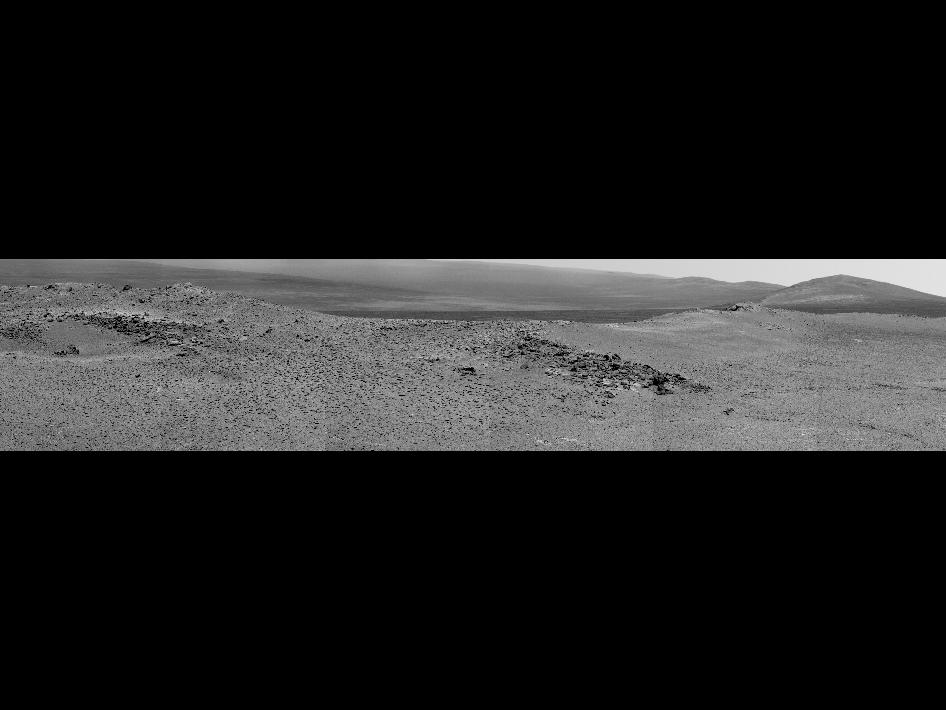 NASA's Mars Exploration Rover Opportunity used its panoramic camera (Pancam) to record this view of the rise in the foreground, called "Nobbys Head." The rover drove around the north and west sides of Nobbys Head during a multi-week southward drive between two raised segments of the west rim of Endeavour Crater. This view is centered toward the south-southeast, with Opportunity's next destination, "Solander Point," toward the right edge of the view.

Nobbys Head is about a third of the way from the rim segment where Opportunity worked for most of the past two years, "Cape York," to Solander Point. See http://photojournal.jpl.nasa.gov/catalog/PIA17072 for a map of this section of the rim of Endeavour Crater. Opportunity began a trek of approximately 1.2 miles (2 kilometers) from part of Cape York to Solander Point in late May 2013. The six Pancam frames combined into this mosaic view were taken during the 3,335th Martian day, or sol, of Opportunity's mission on Mars (June 11, 2013). The rover drove 114.4 feet (34.88 meters) on that sol.

Opportunity has been studying the western rim of Endeavour Crater since arriving there in August 2011. The crater spans 14 miles (22 kilometers) in diameter, by far the largest that Opportunity has visited since it landed on Mars in January 2004.