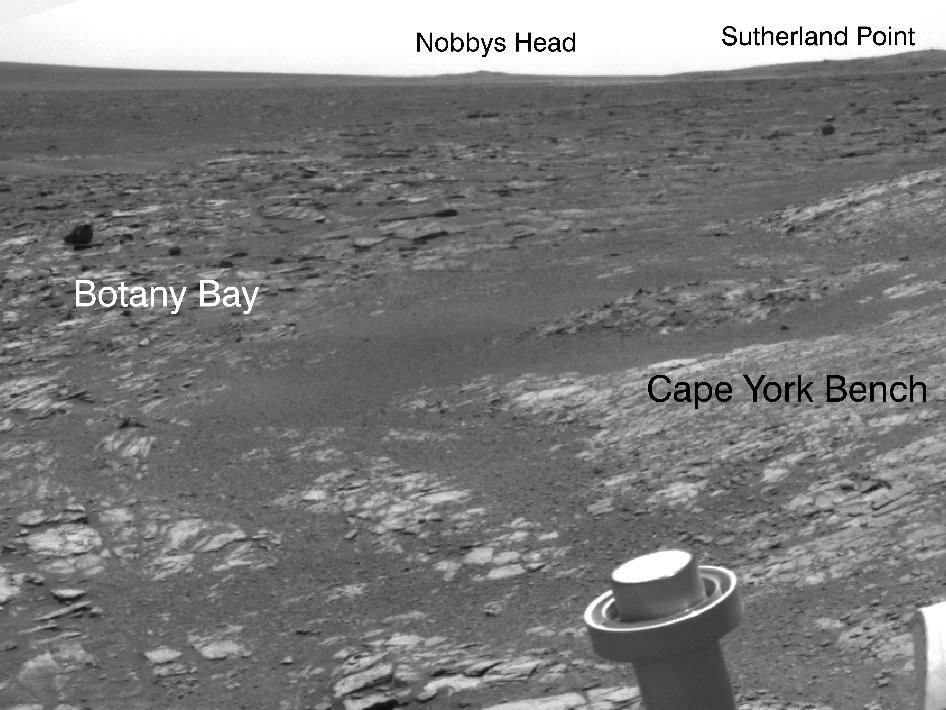 NASA's Mars Exploration Rover Opportunity used its navigation camera to acquire this view looking toward the southwest on the mission's 3,315th Martian day, or sol (May 21, 2013). The scene includes tilted rocks at the edge of a bench surrounding "Cape York," with Burns formation rocks exposed in "Botany Bay." The rover was located at the southwestern portion of Cape York, a segment of the western rim of Endeavour Crater. Isolated Endeavour rim segments "Sutherland Point" and "Nobbys Head" can be seen in the distance.

Opportunity automatically stopped when onboard sensors showed that its tilt reached a maximum allowable value of 20 degrees on the drive across the bench surface, serendipitously providing end-of-drive images of the transition between bench and Botany Bay strata. Bench strata represent the oldest sedimentary rocks deposited on the eroded rim of Endeavour and are overlain by Burns formation rocks.

An unannotated version is also available.