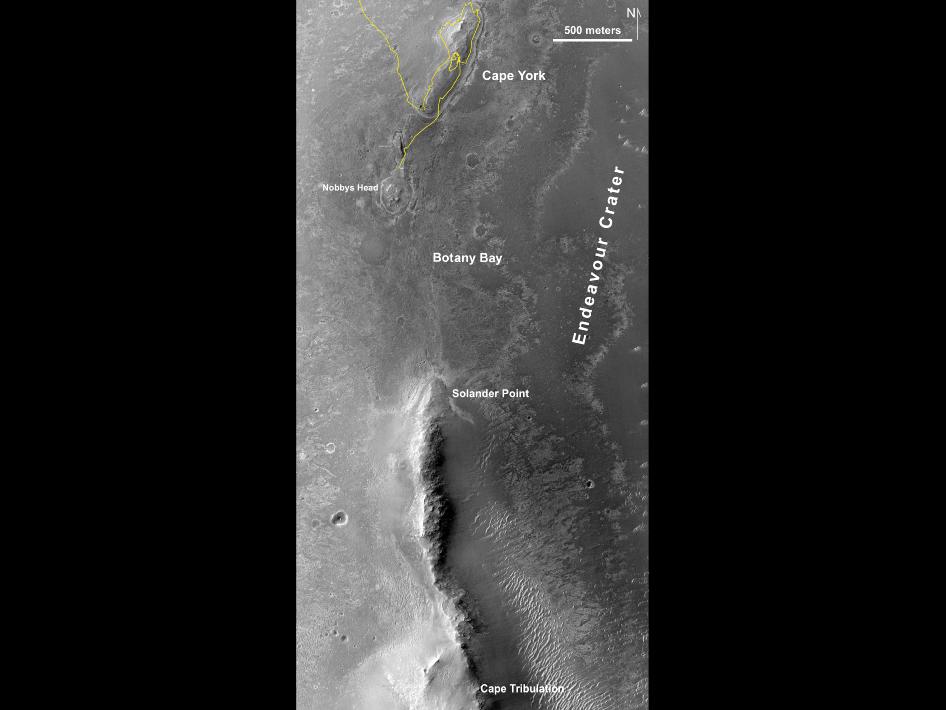 This map of a portion of the western rim of Endeavour Crater on Mars shows the path of NASA's Mars Exploration Rover Opportunity as the rover is driving from the "Cape York" segment of the rim to its next destination, the "Solander Point" segment.

The gold line traces Opportunity's traverse from when it approached Cape York from the west, in summer 2011, to the rover's position near "Nobbys Head" after a drive of 102 meters on the mission's 3,328th Martian day, or sol (June 4, 2013).

The base image for this map is from the High Resolution Imaging Science Experiment (HiRISE) camera on NASA's Mars Reconnaissance Orbiter. The scale bar at upper right is 500 meters (about one-third of a mile).