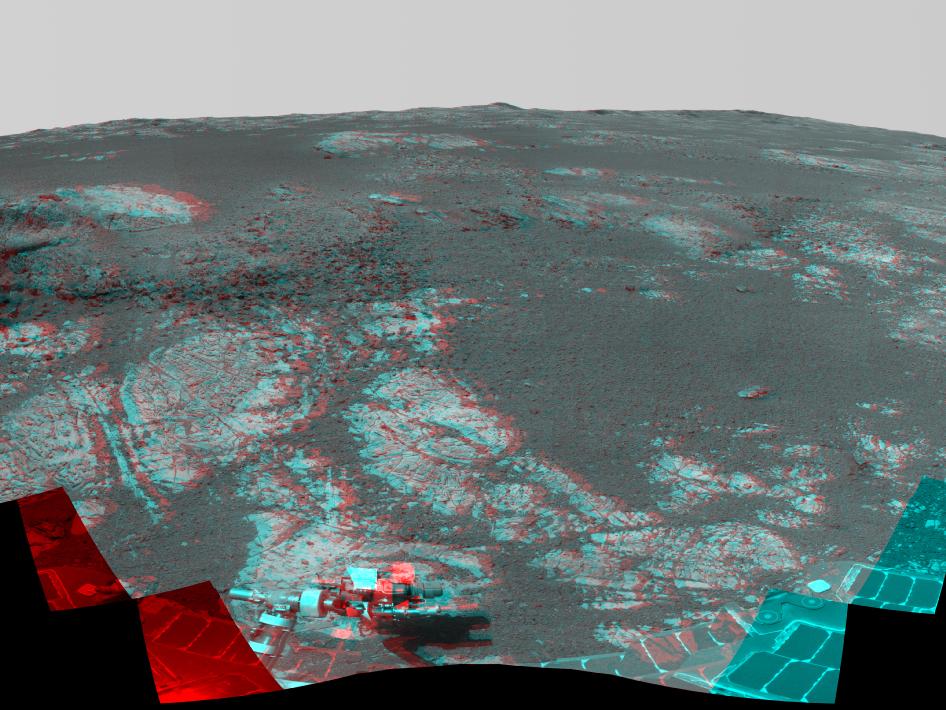 As NASA's Mars Exploration Rover Opportunity neared the ninth anniversary of its landing on Mars, the rover was working in the 'Matijevic Hill' area seen in this stereo view from Opportunity's panoramic camera (Pancam). The image combines views from the left eye and right eye of the Pancam to appear three-dimensional when seen through blue-red glasses with the red lens on the left.

Opportunity landed Jan. 24, 2004, PST (Jan. 25 UTC). The landing site was about 12 miles (19 kilometers), straight-line distance, or about 22 miles (35.5 kilometers) driving-route distance, from this location on the western rim of Endeavour Crater.