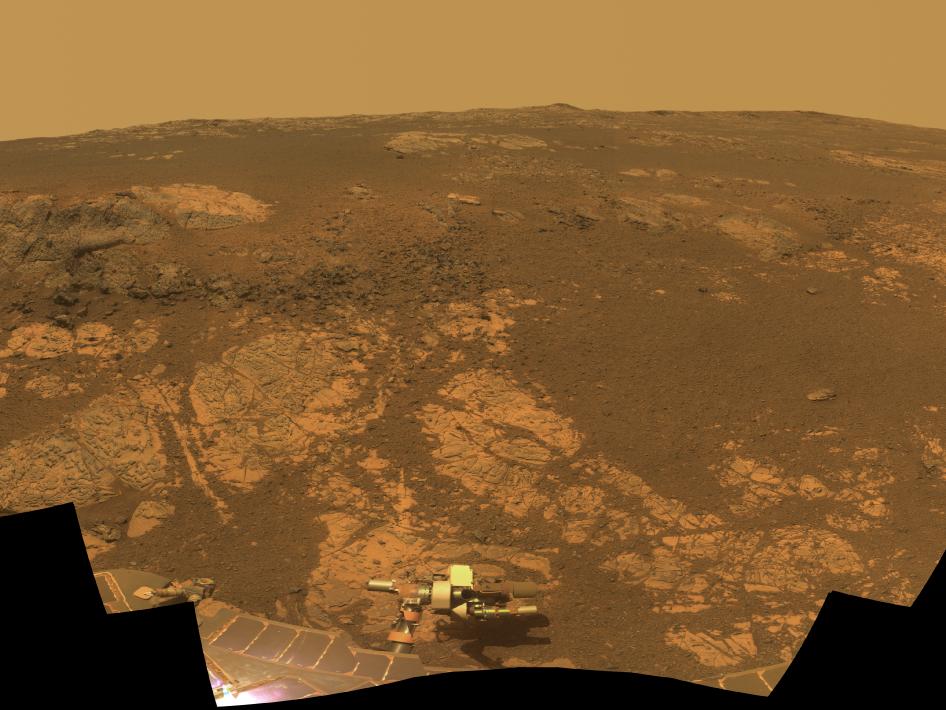 As NASA's Mars Exploration Rover Opportunity neared the ninth anniversary of its landing on Mars, the rover was working in the 'Matijevic Hill' area seen in this view from Opportunity's panoramic camera (Pancam). Opportunity landed Jan. 24, 2004, PST (Jan. 25 UTC). The landing site was about 12 miles (19 kilometers), straight-line distance, or about 22 miles (35.5 kilometers) driving-route distance, from this location on the western rim of Endeavour Crater.

The image combines exposures taken through Pancam filters centered on wavelengths of 753 nanometers (near-infrared), 535 nanometers (green) and 432 nanometers (violet). The view is presented in approximate true color. This "natural color" is the rover team's best estimate of what the scene would look like if humans were there and able to see it with their own eyes.