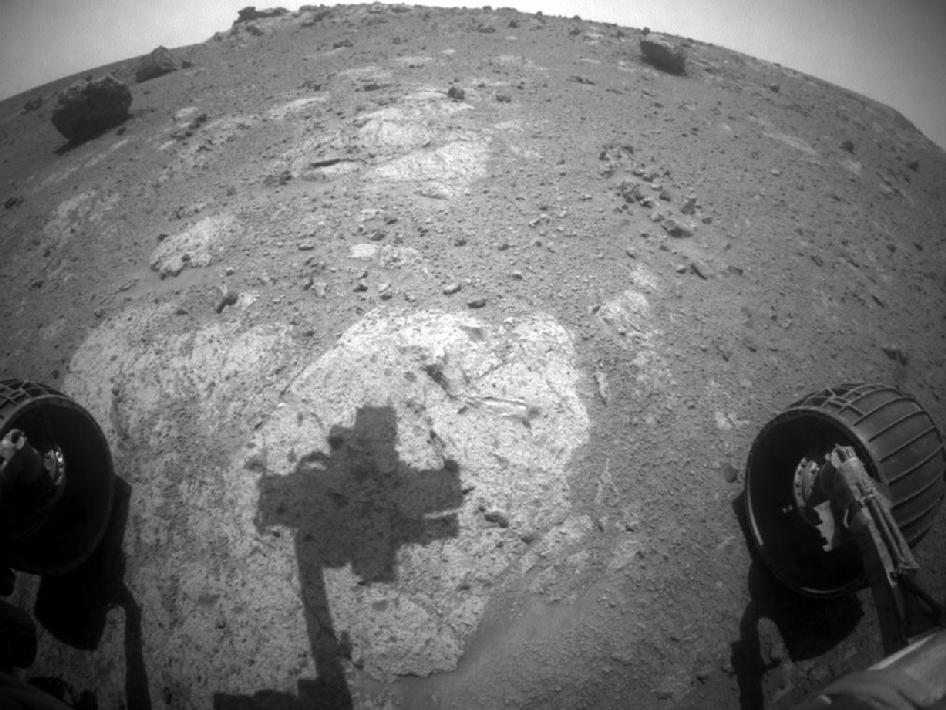 The robotic arm of NASA's Mars Exploration Rover Opportunity casts a shadow on a rock outcrop called "Chester Lake" in this image taken by the rover's front hazard-avoidance camera. The image was taken during the 2,710th Martian day, or sol, of Opportunity's work on Mars (Sept. 8, 2011).

Chester Lake, an exposure of bedrock on the rim of Endeavour crater, is the second rock approached by Opportunity for close inspection since the rover arrived at Endeavour in August 2011 after a three-year trek. The rock is on a low ridge called "Cape York," which is a segment of the western rim of Endeavour crater. Endeavour is about 14 miles (22 kilometers) in diameter.