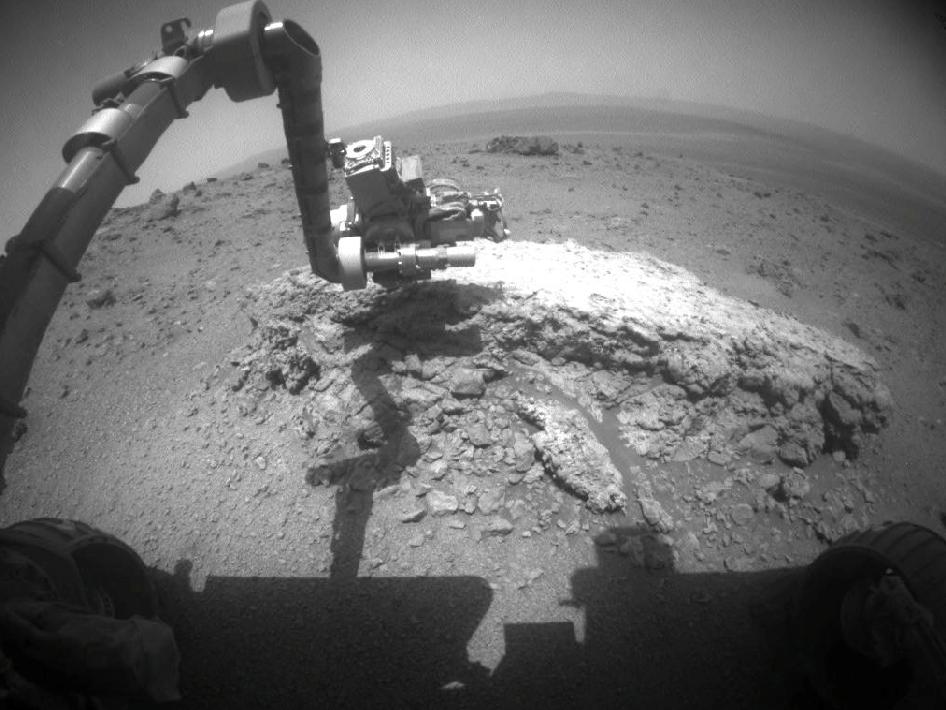 NASA's Mars Exploration Rover Opportunity used its front hazard-avoidance camera to take this picture showing the rover's arm extended toward a light-toned rock, "Tisdale 2," during the 2,695th Martian day, or sol, of the rover's work on Mars (Aug. 23, 2011). Tisdale 2 is about 12 inches (30 centimeters) tall.

Tisdale 2 and other rocks on the ground beyond it were apparently ejected by the impact that excavated a 66-foot-wide (20-meter-wide) crater, called "Odyssey," which is nearby to the left (north) of this scene. Odyssey and these rocks are on a low ridge called "Cape York," which is a segment of the western rim of Endeavour crater. Endeavour is about 14 miles (22 kilometers) in diameter. Portions of the interior and eastern rim of Endeavour are visible near the top of this image.