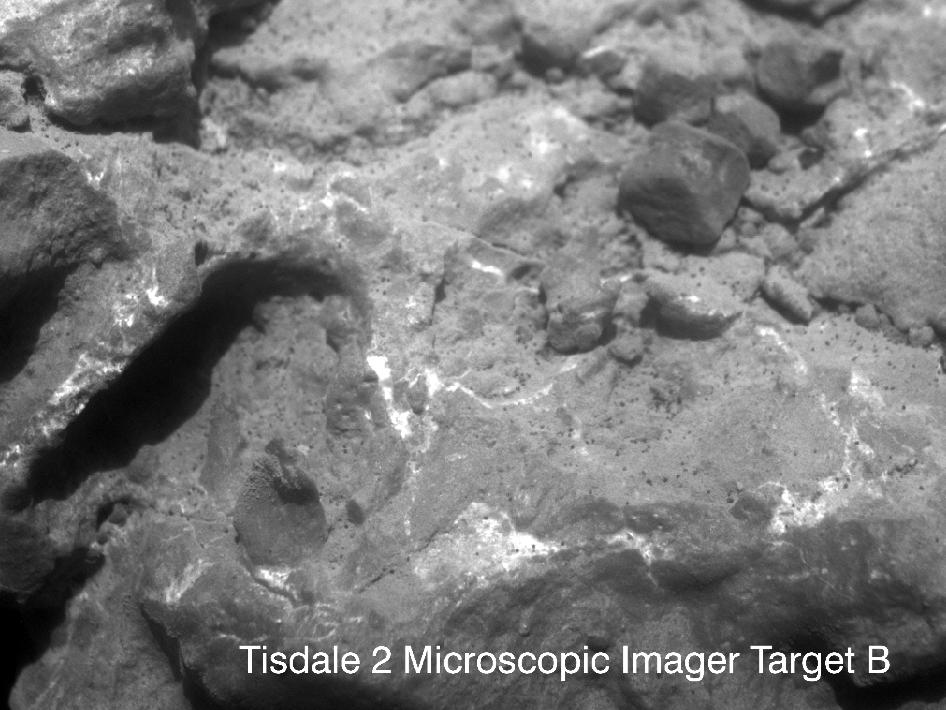 Magnified View of Texture on Part of 'Tisdale 2' Rock

NASA's Mars Exploration Rover Opportunity used its microscopic imager to record this close-up view of texture on part of a rock informally named "Tisdale 2" on the western rim of Endeavour crater. The image was taken during the 2,694th Martian day, or sol, of Opportunity's work on Mars (Aug. 22, 2011).

The view covers an area about 3 centimeters (1.2 inches) across. It shows a texture called brecciated, with broken rock fragments fused together and embedded in matrix of this rock. The fragments are called clasts.

This image is of target "B," whose location on Tisdale 2 is indicated on image PIA14745.