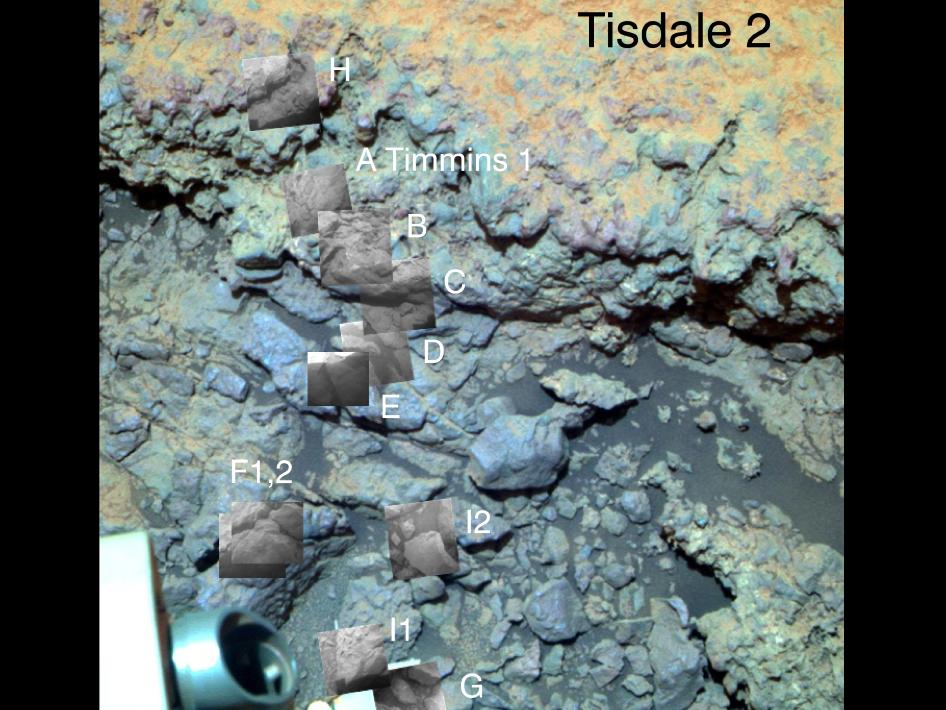 This image overlays "thumbnail" images taken by the Mars rover Opportunity's microscopic imager onto a false-color image from the rover's panoramic camera. The combination shows locations of the microscopic imager's observations on a rock informally named "Tisdale 2."

Tisdale 2 was the first rock examined in detail by Opportunity following the rover's arrival at the rim of Endeavour crater. The rover made a series of observations by its microscopic imager and composition measurements by its alpha particle X-ray spectrometer from the top to the bottom of Tisdale 2. The rock is about 12 inches (30 centimeters) tall. The observation targets on it are designated by the informal name "Timmins 1" and by letters A through I.