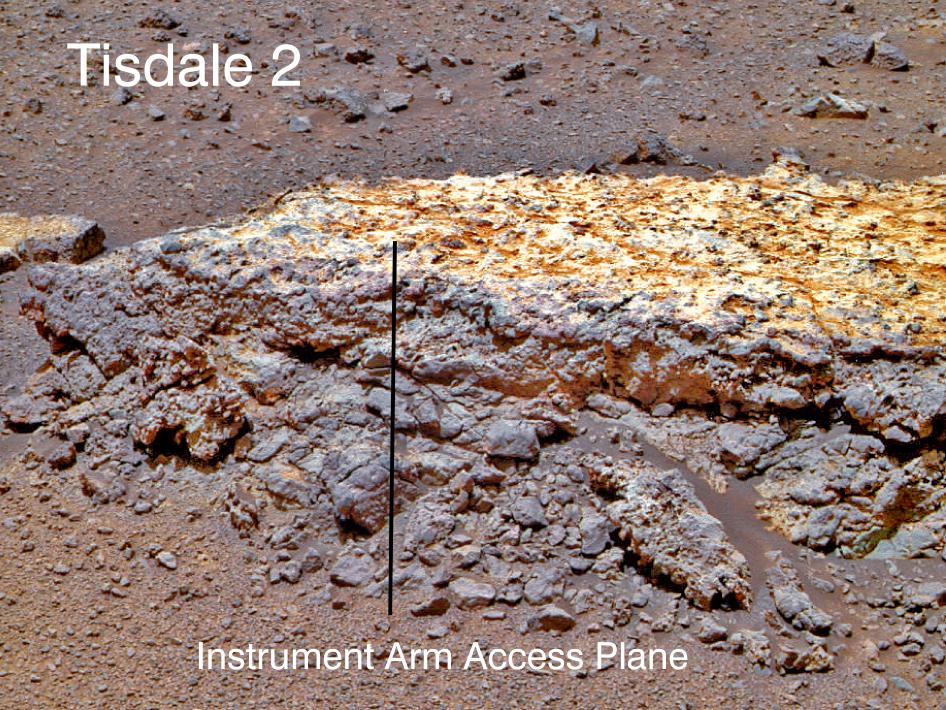 This rock, informally named "Tisdale 2," was the first rock the NASA's Mars Rover Opportunity examined in detail on the rim of Endeavour crater. It has textures and composition unlike any rock the rover examined during its first 90 months on Mars. Its characteristics are consistent with the rock being a breccia -- a type of rock fusing together broken fragments of older rocks.

Tisdale 2 is about 12 inches (30 centimeters) tall. The black vertical line superimposed on the image indicates the work plane for Opportunity's robotic arm when the arm placed the rover's microscopic imager and alpha particle X-ray spectrometer at a series of locations from the top to the bottom of Tisdale 2.