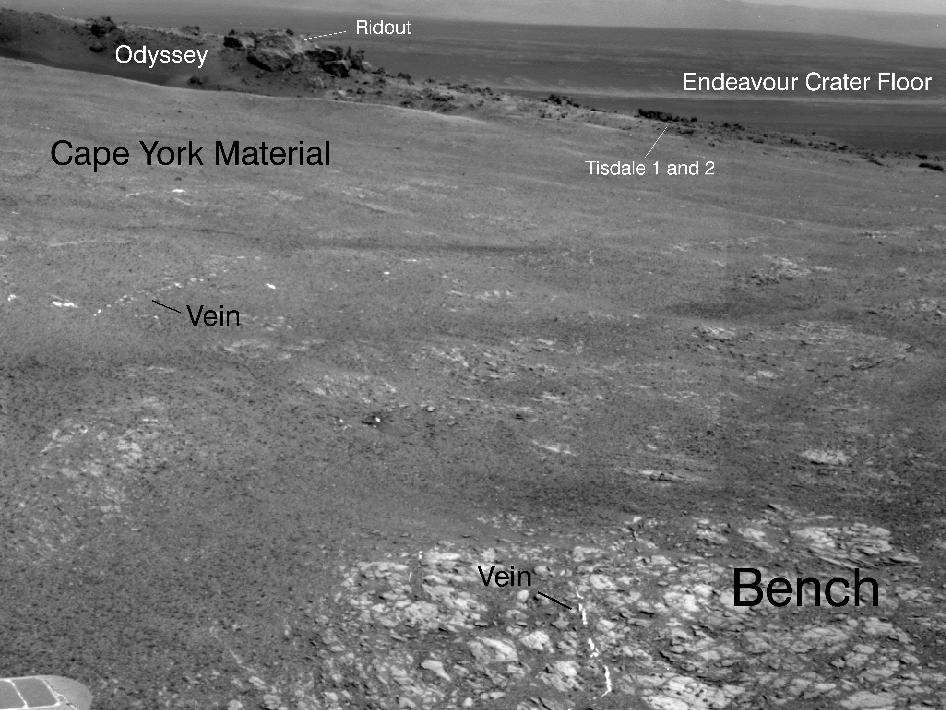 Bright veins cutting across outcrop in a section of Endeavour crater's rim called "Botany Bay" are visible in the foreground and middle distance of this view assembled from images taken by the navigation camera on NASA's Mars Exploration Rover Opportunity during the rover's 2,681st Martian day, or sol, of working on Mars (Aug. 9, 2011).

The veins may have formed as minerals that had been dissolved in ground water came out of solution and were deposited.

A crater called "Odyssey," about 66 feet (20 meters) in diameter, is visible at upper right. It is on a low ridge called "Cape York," which forms part of the western rim of Endeavour crater, which is about 14 miles (22 kilometers) in diameter. Rocks ejected by the impact that dug Odyssey are scattered on the ground to the right of Odyssey. One of these rocks, "Tisdale 2," became the first rock that Opportunity examined in detail at Endeavour crater. The scale bar is 20 meters (66 feet).

Opportunity completed its three-month prime missions in April 2004 and has continued operations in bonus extended missions since then.