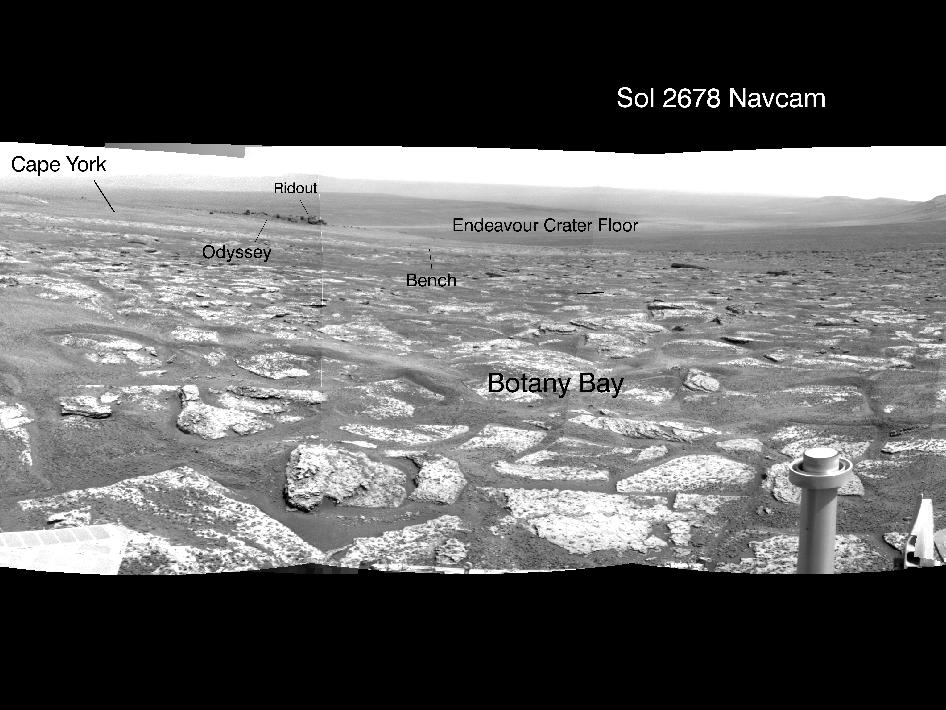 Opportunity's View Across 'Botany Bay' and Endeavour on Sol 2678

NASA's Mars Exploration Rover Opportunity used its navigation camera during the rover's 2,678th Martian day, or sol, (Aug. 6, 2011) to record the image frames combined into this mosaic view centered toward the southeast.

The foreground area is a portion of an area called "Botany Bay" between two ridges forming part of the western rim of Endeavour crater. The bright blocks exposed on Botany are unusually rough and jagged, and observations from orbit imply the presence of relatively fresh outcrops of sulfate-rich materials.

Darker rocks on the left in the middle distance are around the edge of a small crater, "Odyssey," which is on the Endeavour crater rim fragment called "Cape York." Endeavour crater, with a diameter of 14 miles (22 kilometers) was chosen as Opportunity's long term destination in mid-2008, and the rover reached the crater's rim on Aug. 9, 2011. Distant ground in this view includes the floor and far rim of Endeavour.

Opportunity completed its three-month prime missions in April 2004 and has continued operations in bonus extended missions since then.