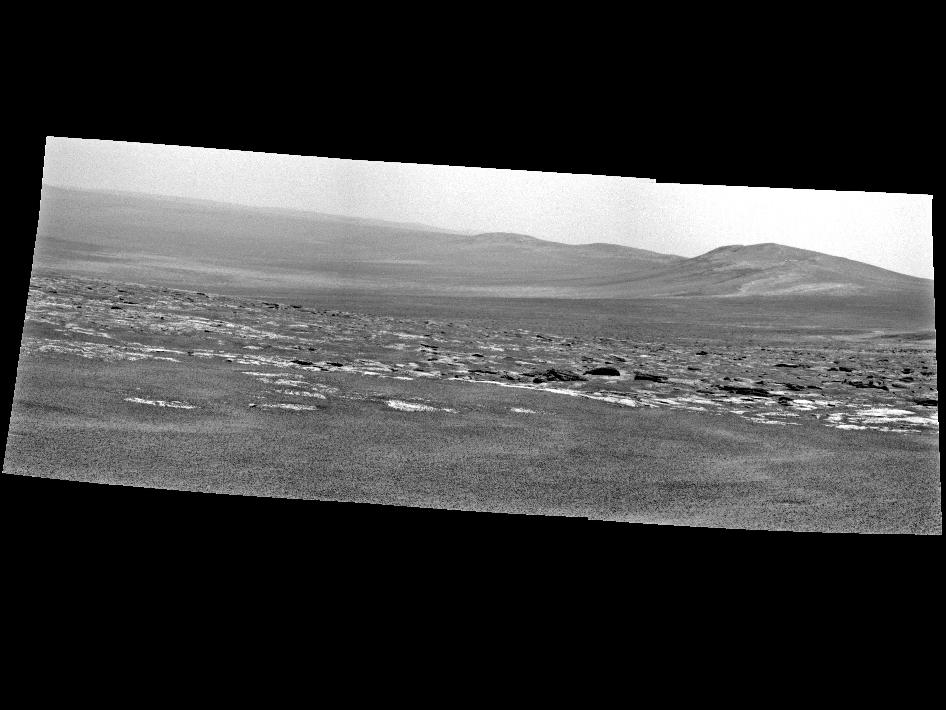 NASA's Mars Exploration Rover Opportunity used its panoramic camera (Pancam) to capture this view of a portion of Endeavour crater's rim after a drive during the rover's 2,676th Martian day, or sol, of working on Mars (Aug. 4, 2011). The drive covered 396 feet (120.7 meters) and put the rover with about that much distance to go before reaching the chosen arrival site at the rim, called "Spirit Point."

This view looks toward a portion of the rim south of Spirit Point, including terrain that Opportunity may explore in the future.